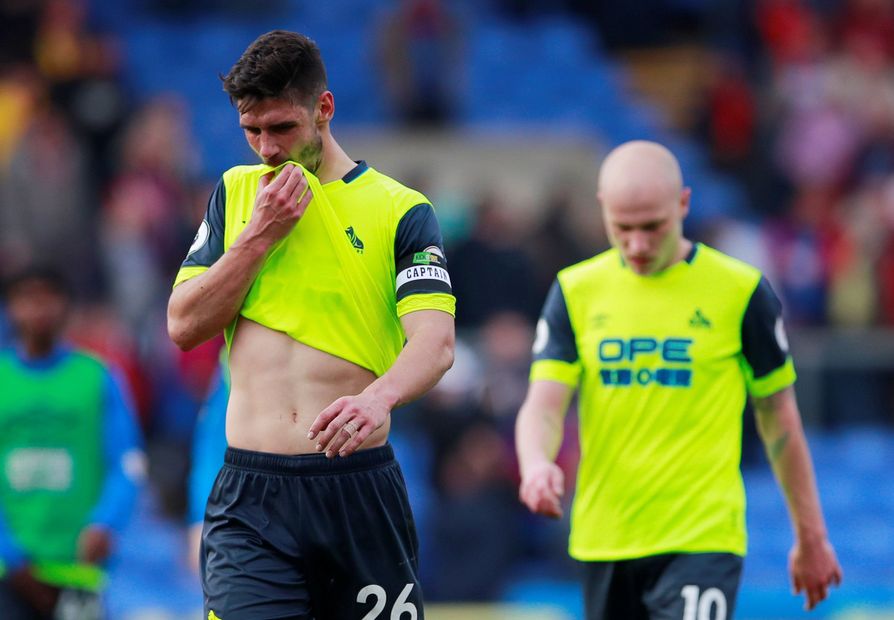 Siewert: Thank you to everyone External Link

Huddersfield Town were relegated from the Premier League after a 2-0 defeat at Crystal Palace combined with victories for Southampton and Burnley sent them down.

A penalty from Luka Milivojevic and a late strike from Patrick van Aanholt condemned the Terriers to a 2-0 defeat at Selhurst Park.

It means their stay of two seasons in the Premier League will come to an end.

"There are certain things that go wrong in a season, and we have to find all the things that we are willing to do as a club.

"It's great, and the supporters are part of that, and they help to bring us in the right direction.

"We are really focusing on the stuff that went wrong, and finding a better way to come back stronger."