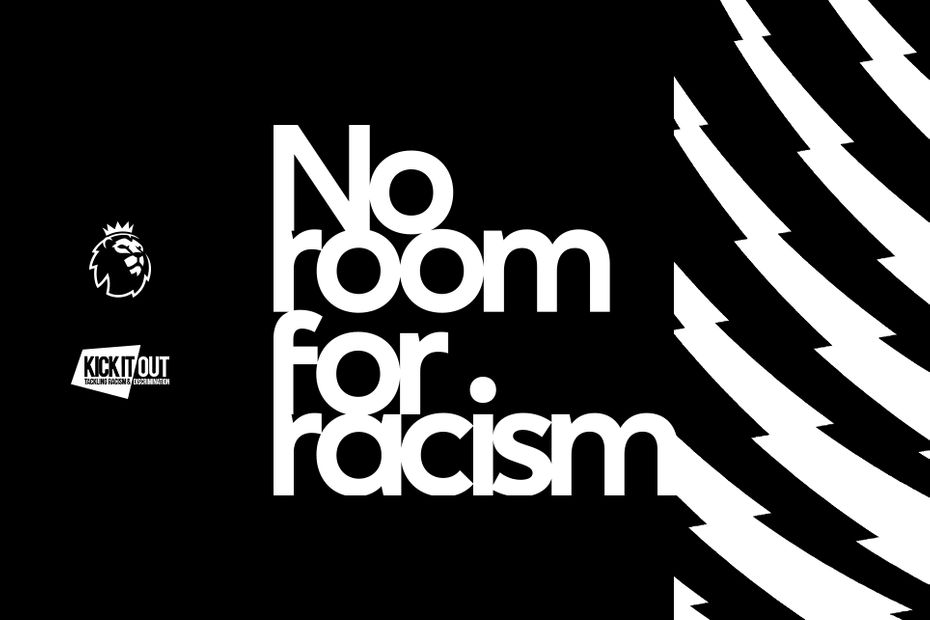 The Premier League is making it clear there is No Room For Racism as we continue to work with all our clubs, fans, the FA, EFL, PFA, Kick It Out and the police to tackle discrimination across all areas of football.

The League’s No Room for Racism campaign demonstrates its continued commitment to equality and diversity, using the power and popularity of the League to oppose racism in football.

Racism is not acceptable in our competition or the wider sport.

If you witness racist or other discriminatory behaviour at a match or around a stadium, please report it to the police or a steward.

You can also report racism by using the Kick It Out reporting app (download the iOS app or Android app) or via Kick It Out's website reporting form.

What we are doing

Senior stewards have been trained in evidence-gathering at matches through the use of technology, such as increased CCTV coverage at grounds and bodycams, to inhibit offending behaviour and aid the identification of offenders.

The Premier League is also developing additional training for stewards to ensure they are empowered and equipped to deal with discrimination at matches.

Football is putting pressure on social media companies to tackle the issue of racism on their platforms.

In addition, the League is working with its BAME Participants’ Advisory Group to ensure the views of BAME players and coaches are heard and to help inform ongoing work.

After such consultation, the League launched a dedicated reporting system for players, managers, coaches and their family members who receive serious discriminatory online abuse.

The Premier League fully supports clubs, Kick It Out and football’s other bodies in working together to make football a truly welcoming and inclusive sport.

This includes ensuring that offences can be readily reported and that all available sanctions are used to deter offending and punish those found guilty of racism.

In February 2019, the Premier League and its Clubs discussed enhancing the range of programmes currently run to promote inclusion and diversity across football.

All Clubs agreed that, while good work has been undertaken, more needs to be done to ensure Black, Asian and minority ethnic (BAME) fans and players are supported.

The No Room for Racism campaign sits within the Premier League’s general inclusion initiative, "This is Everyone’s Game".

As well as nationwide advertising in 2019 featuring Premier League players, managers and supporters, each season two Matchweeks celebrate the campaign, with stadiums across the country displaying the No Room for Racism banner.

The League also gave their support to the players’ wishes to have "Black Lives Matter" on their shirts for the remainder of the restarted 2019/20 season, as well as backing players who "take a knee" before or during matches.

In June 2020, the Premier League, Professional Footballers Association (PFA) and EFL launched a coach placement scheme that will provide up to six BAME coaches per season with a 23-month intensive work placement within EFL clubs.