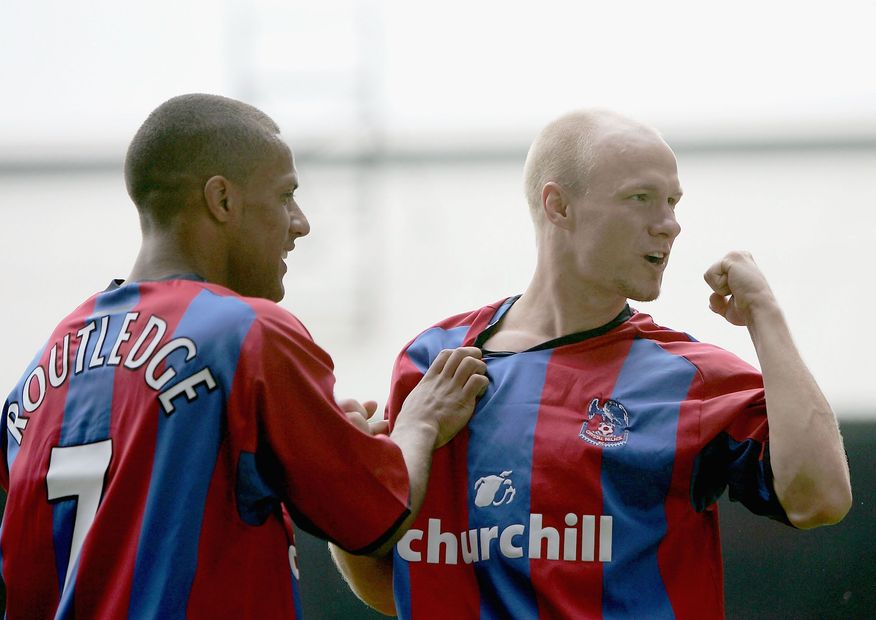 Crystal Palace fan Andy Tomlins reveals what it was like to rule Fantasy Premier League in 2004/05, when things were very different

The year is 2004: Mark Zuckerberg launched Facebook, the Greek city of Athens hosted the Olympic Games and Arsenal's 'Invincibles' were crowned 2003/04 Premier League champions without losing a match.

Also, Crystal Palace returned to the Premier League for the first time since 1997/98 and, although their 2004/05 season ended in relegation, it was one that Eagles fan Andy Tomlins will not forget.

Competing against more than 470,000 other managers, Tomlins beat the lot to become Fantasy Premier League champion, and he owed much to the help of Palace players Andrew Johnson (pictured above right), Wayne Routledge (above left) and Emmerson Boyce.

"I took a punt on all three. All were cheap," Tomlins tells Palace's official website. "With Johnson I thought I'd put him in the first few games. He ended up scoring 21 goals."

Back then, Tomlins did not have the level of statistical resources online that Fantasy managers enjoy these days, meaning he had to do his research by other means.

All this helped his team, Palace Exile, enter the top 50 of FPL in Gameweek 27 and, with just four matches to go, break into the top 10.

An inspired decision to captain Robert Pires for a Double Gameweek in early May 2005 propelled him to the top of the table.

The French midfielder claimed a goal and an assist in a 3-1 win over Liverpool on 5 May before scoring twice in an emphatic triumph over Everton three days later.

Eleven points clear going into the final day, Tomlins was at The Valley and watched Palace get relegated. But events at Craven Cottage were on his mind.

"The guy in second had Luis Boa Morte," says Tomlins. "Fulham won 6-0 against Norwich and I thought, 'That’s it. He’ll have a goal or two, and it’ll be over.'

"I took a phone call from a good friend. He said, 'Shame you went down, but do you realise the results are in and you’ve won FPL?'"

Though he still plays, Tomlins admits he lacks the same level of motivation he had before becoming an FPL champion.

"When I think about FPL, I think of the phrase, 'Yeah, completed it mate!'" he says.