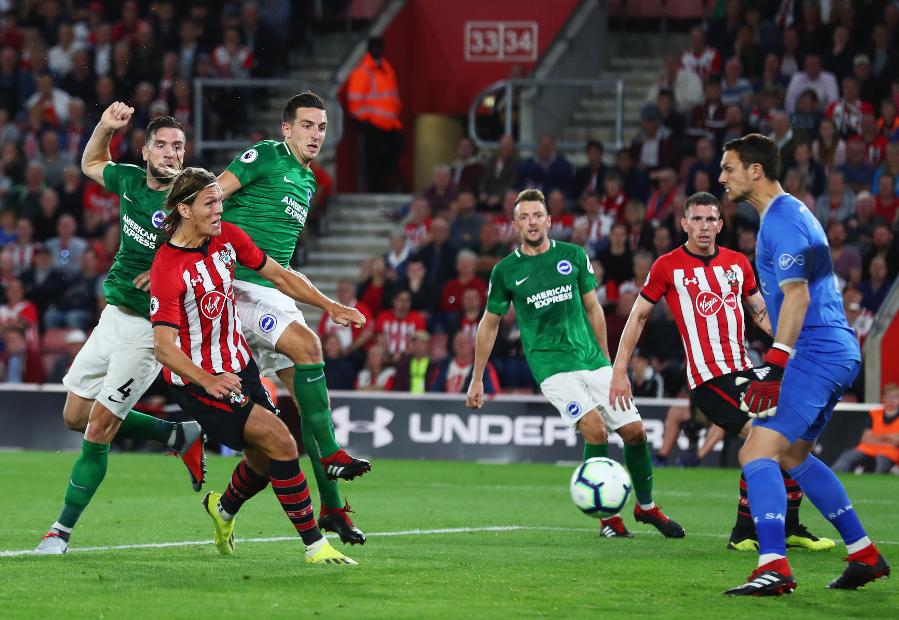 Hughton: Let's take it one at a time External Link

Brighton are targeting a third consecutive Premier League victory while Southampton, who sit one place and three points behind their south-coast rivals, are looking for a third win in four matches.

The Seagulls must make do without Pascal Gross (hamstring), while Florin Andone (groin) faces a fitness test.

Danny Ings is in contention to play for Southampton after being sidelined with a hamstring injury but Shane Long (groin) is still out.

All three Premier League meetings between these sides have ended in a draw. Only three previous PL fixtures have finished as a draw in their first four meetings: Arsenal v QPR, Southampton v Stoke City and AFC Bournemouth v Watford.

After scoring in six of his first seven PL home matches this season, Brighton's Glenn Murray has failed to get on the scoresheet in his last seven at the Amex Stadium.

Southampton have recorded a league-high 32 per cent of their PL goals from outside the box this season, with 11 out of 34.

James Ward-Prowse could become the first Saints player to score in four successive PL matches since Jay Rodriguez in March 2014.