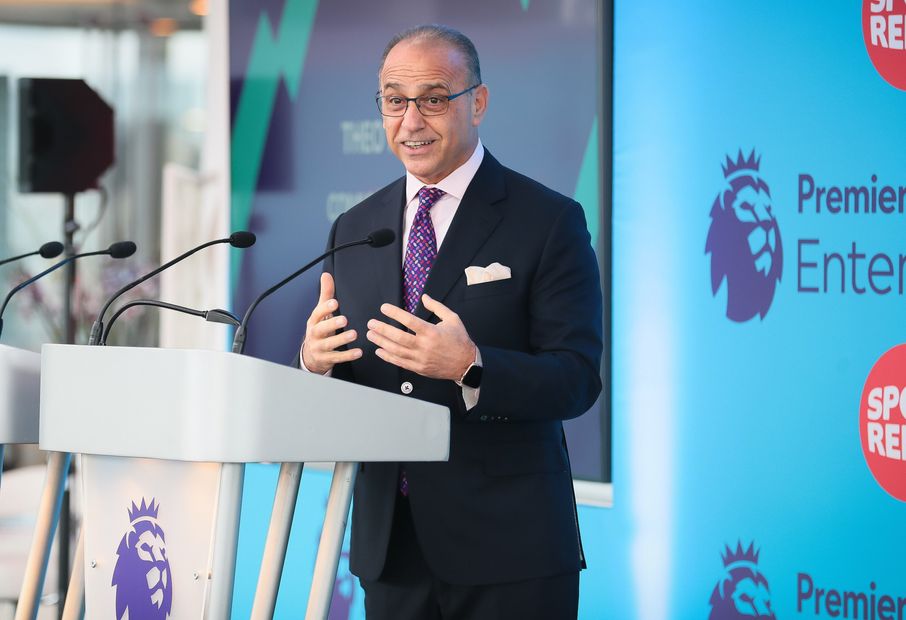 Few know what it takes to achieve success in business better than Theo Paphitis.

He has developed a business empire spanning retail, property and finance over the years, having left school at 16 without any qualifications.

But Paphitis got the chance to roll back the years and see the businessmen and women of the future at this year's Premier League Enterprise Challenge.

He says at their age he could never have done what the students from the six schools who reached the final did.

"I went to a rather tough state school in north London," the 59-year-old said. "I would have been so nervous to stand there and perform the way those guys performed in the final.

"I didn't have that level of confidence in front of an audience, I used to dry up, my mouth would dry up, I could hardly talk, never mind be like those guys.

"These kids are presenting to us and were asked some difficult, cutting questions but they came back to me straight away.

"That confidence will hold them in good stead for the rest of their life."

The entrepreneur and Comic Relief/Sport Relief ambassador was part of the judging panel as six teams from across England and Wales battled it out to become the 10th winners of the competition.

Teams had to formulate business plans to improve attendance at Premier League matches among 18-23-year-olds.

Paphitis praised the Ormiston students for their attention to detail, an important part of any success in business.

"They did a huge amount of research and work and they considered the ifs and the buts. It was that little bit extra that allowed us to give them the winning prize," said Paphitis.

"It had everything. What I liked about it was that they talked about loyalty but understood what loyalty meant.

"It was a presentation and a business plan that, if presented to the Stoke City board, they would find it hard to say no to."

There unfortunately had to be only one winner but Paphitis also had words of encouragement for the other five teams who had worked so hard to get to the final.

"Stoke won but they were one of six brilliant presentations," he said.

"Every year we say, 'How can it get any better?' 'How can we be more impressed with the level of entrants and yet again?'

"Another year on and we find six amazing teams who all could have won."