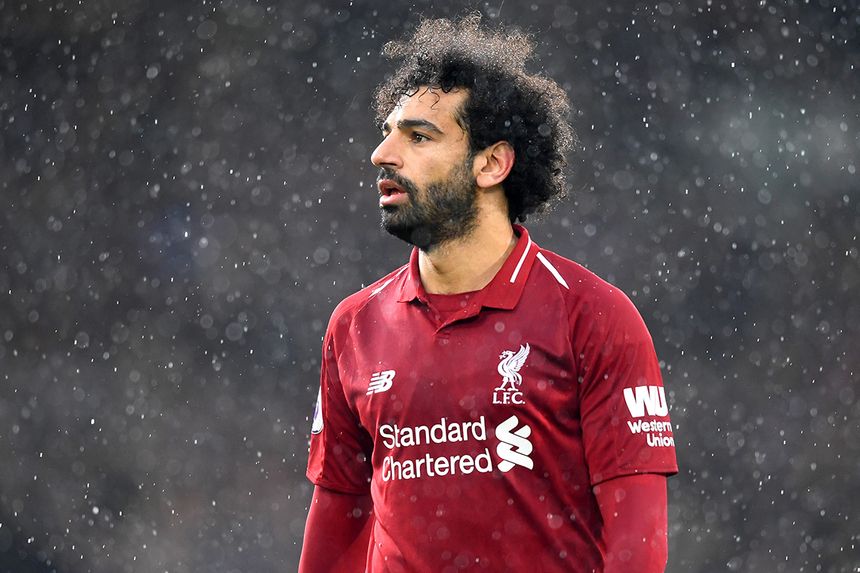 Salah was heavily backed for his trip to Fulham on Sunday afternoon, with more than 1.7million managers handing him the captain's armband for Gameweek 31’s reduced five fixtures.

But his blank at Craven Cottage means he has just one goal and one assist in his last eight appearances.

And that has led to Salah suffering sales of more than 97,000 for Gameweek 32, more than any other player.

Here's who #FPL managers have been transferring in and out following GW31... pic.twitter.com/KFOKX7HRmo

Liverpool’s upcoming schedule suggests the Egyptian can still enjoy a successful end to the season though.

The leaders face three of the bottom five sides, Southampton, Cardiff City and Huddersfield Town, in the next five Gameweeks.

But many managers are turning to his Liverpool team-mate Sadio Mane (£10.0m).

The winger has eight goals and an assist in the last eight matches, bettering Salah by 71 points to 28.

That has persuaded more than 36,000 Salah owners to make the direct swap for Mane ahead of the Gameweek 32 home match with Tottenham Hotspur.

Raheem Sterling (£11.5m) is the most popular replacement for Salah.

Manchester City are expected to have two Double Gameweeks after reaching the FA Cup semi-finals with a win over Swansea City.

Interest in Sterling has risen, with more than 47,000 managers selling Salah for him.

Despite his recent struggles, Salah remains a huge captaincy favourite in FPL. He has been the No. 1 choice in eight of the last nine Gameweeks.

This would mean a return to form for the Egyptian will punish his recent sellers.

Whether to hold onto Salah or move him on is shaping up to be a crucial decision for his remaining owners over the run-in.

Lee Bonfield (@FPLFamily): Reluctantly, it is time for Mo to go. FPL aside, he is playing well for Liverpool, often bringing defenders towards him, leaving space for Mane and Roberto Firmino (£9.2m) to profit. But if you want a Liverpool attacker, Mane’s the pick. Perhaps not for Gameweek 32, but he looks a good option in Gameweek 33.

Sam Bonfield (@FPLFamily): Having played my Free Hit chip in GW31, I now have to prepare my team for Double Gameweek 32 and the reduced Gameweek 33. Mane is an essential part of my thinking. Liverpool play Southampton in GW33 and while it’s a tough game against Tottenham Hotspur in GW32, these matches are must-win. GW32 is an opportunity to play a great player in fantastic form at a time where rivals will overlook him in favour of a Double Gameweek option.

Holly Shand (@FFCommunity_): It makes sense to have Salah in for the reduced Gameweek 33 as he’s in my squad. I won’t be keeping him on Wildcard though, as I look to exploit the Double Gameweeks. If Mane stays in form, he may be favoured for the run-in from Gameweek 36, provided Liverpool are still in the title race.

Who Got The Assist? (@WGTA_FPL): With just a single fixture against Spurs in Gameweek 32, Salah's spot is under severe consideration. He could fund other players with two matches. Watch this space.

Paul Gee (FPLPaulGee): Depending on your chip strategy it might be worth holding Salah until your Wildcard. However, I reckon their trip to Southampton will be really tough.