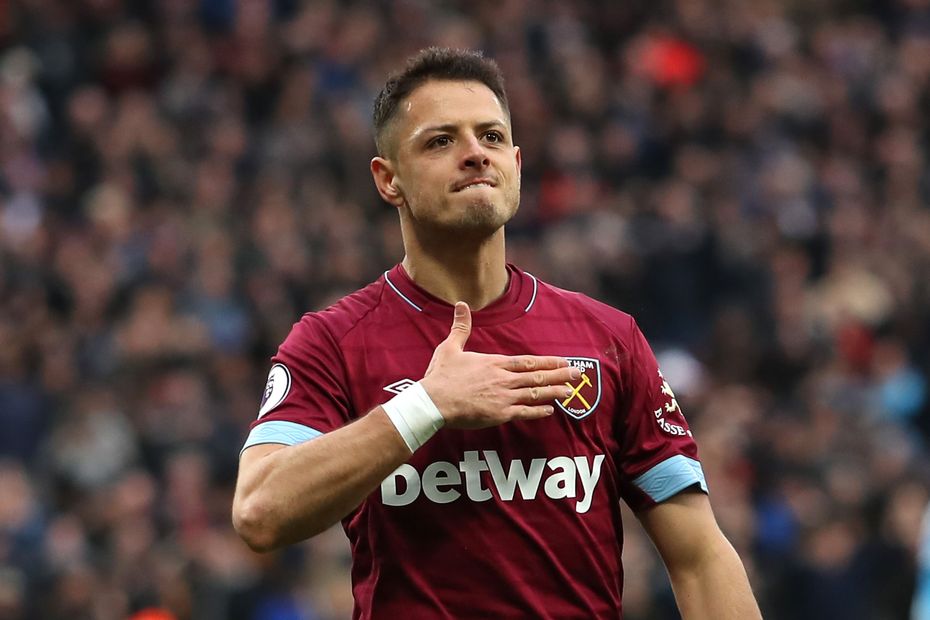 Chicharito's match-winning brace from the bench has earned him a place in the Matchweek 31 Team of the Week by Alan Shearer, who has hailed the Mexican's ruthlessness in front of goal.

The West Ham United striker took his tally of PL goals to 52 with his double in the 4-3 comeback win over Huddersfield Town, and they have all been scored inside the box.

"He is the ultimate penalty area poacher," says Shearer. "You cannot afford to give him a chance."

Do you agree with his selections? 🤔 pic.twitter.com/VTufqiE0yc

A third clean sheet in four, he made an excellent and vital save at 1-0, keeping out Gonzalo Higuain’s deflected effort.

Resolute in the second half alongside Yerry Mina, limiting Chelsea’s opportunities.

Came on in difficult circumstances after Harry Maguire’s early red card but stood firm and popped up to score a late winner.

Pulled off an incredible goalline clearance with the scores level at 1-1.

The in-form man. No one can stop him at the moment and he is stepping up while Mohamed Salah struggles.

Scored a superb free-kick to give Leicester City the lead at Turf Moor.

Worked hard throughout for a depleted Leicester and still had the energy to provide the cross for Morgan’s winner.

Getting better and better down Burnley’s left, scoring a classy equaliser on a frustrating day for his side.

His two goals took him into double figures in the league this season but he was also superb at linking the play for AFC Bournemouth.

The ultimate penalty area poacher who turned the game around for West Ham. Fifty-two goals in the Premier League, all inside the box. You cannot afford to give him a chance.

An excellent strike for Huddersfield’s third and unlucky to be on the losing side, having scored twice.

His first victory over a top-six side as Everton manager and much needed. A great response to the disappointment of last week’s defeat at Newcastle.