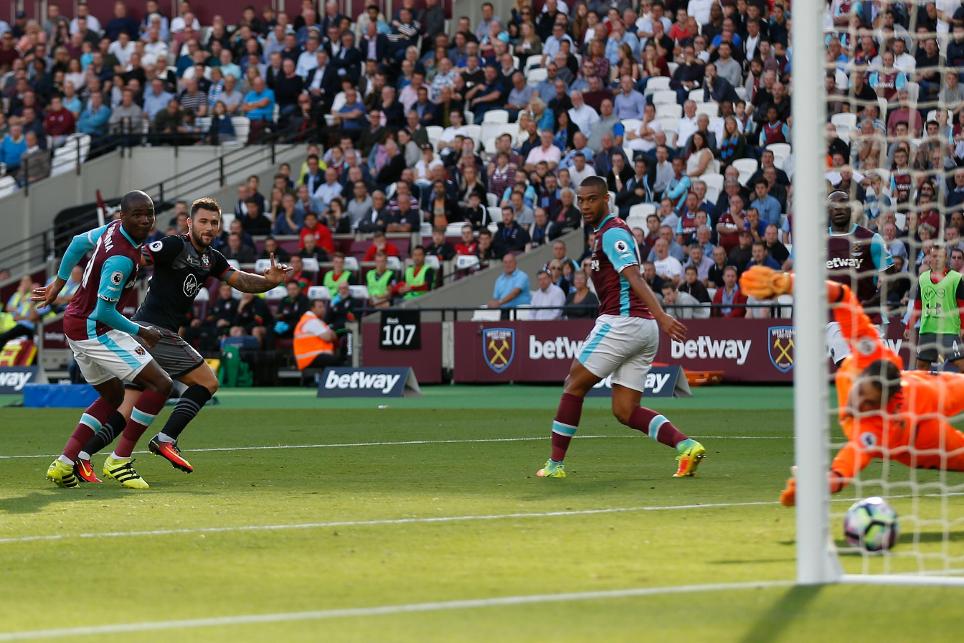 Southampton striker in form and has relatively low ownership

Noble: We are still together External Link

On only his second Premier League start of the season, the striker opened the scoring and assisted for Dusan Tadic (£7.2m) to net the second.

Full-backs Ryan Bertrand (£5.4m) and Cedric Soares (£5.0m) both got two bonus points, helping their side to a second successive Premier League clean sheet with a BPS score of 34.

Bertrand supplied the assist for Austin's opener and also completed 94% of his 38 attempted passes.

Tadic topped the ICT Index with a score of 15.4. The midfielder scored his first goal of the season and had three shots, all from inside the box and on target, in addition to three key passes.

He registered four attempts, all from inside the Hammers' box, and created two scoring chances.

Austin's goal and assist helped the forward to third with a score of 8.9.

Austin's display could clinch a regular starting role ahead of Shane Long (£6.2m) up front.

The striker signed from Queens Park Rangers last year has five goals in his last four matches across all competitions.

Currently found in a mere 2.5% of FPL squads, Austin faces a tough upcoming fixtures, with Leicester City, Manchester City, Chelsea and Liverpool in the next six Gameweeks.

Soares's all-round contribution has earned five bonus points over Southampton’s back-to-back shutouts and, as the cheapest regular starter in Claude Puel’s defence, is one to monitor when the schedule eases in Gameweek 14.

Dimitri Payet (£9.4m) has produced the most shots (15) without scoring.

Sold by more FPL managers than any midfielder this season, the Frenchman still sits in 13.8% of squads and hosts Middlesbrough, Sunderland and Stoke City over the next five Gameweeks.