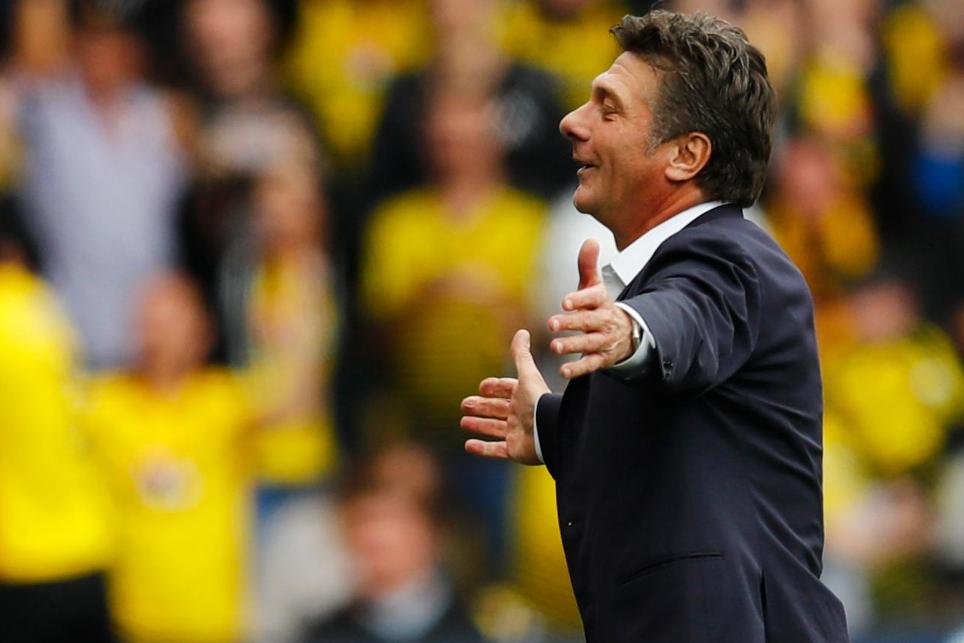 Walter Mazzarri says Watford must put their recent win over Manchester United behind them in order to get the better of a "strong" Burnley side tonight.

The Hornets completed an outstanding 3-1 victory over the Red Devils last time out but Mazzarri, their head coach, insists they must consign that victory to history if they are to achieve a third successive Premier League win of the campaign against the Clarets at Turf Moor.

"It is clear that we enjoyed the victory [over United]," Mazzarri, whose side have scored seven goals in their last two matches, told watfordfc.com. "The boys were very happy and for two days after they were smiling, but we have now archived that and we think about the next game."

"We have big respect for Burnley, they have won against Liverpool and they have shown they are a strong side. That is what we need to reflect on."

Watford full-back Daryl Janmaat has been ruled out with a shoulder injury and defenders Younes Kaboul and Jose Holebas are both doubts.

Burnley will be without striker Andre Gray, who begins a four-match suspension, while fellow forward Ashley Barnes is also absent with a thigh injury.