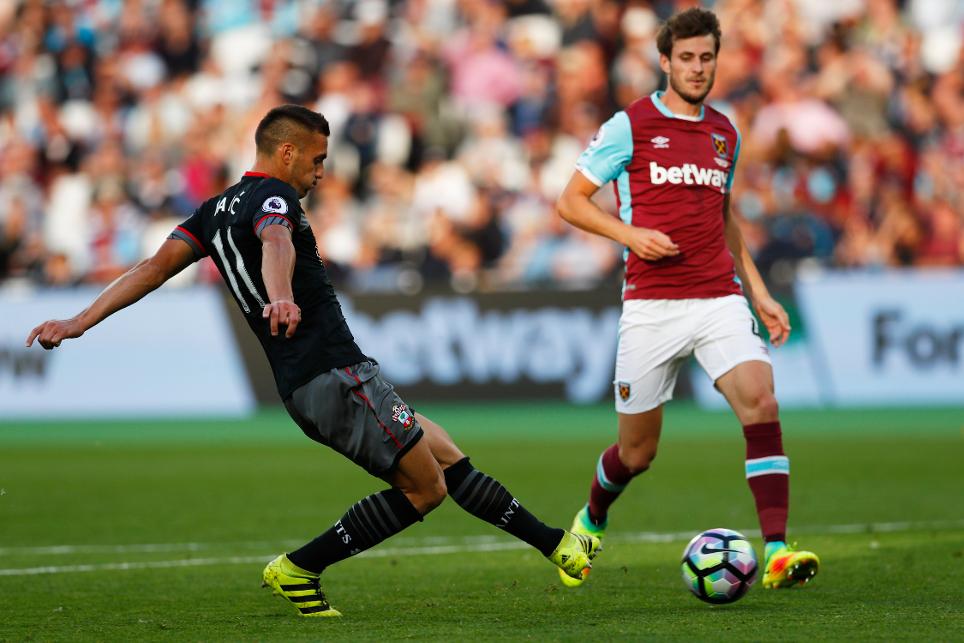 After a first 40 minutes with few chances, Austin turned in a cutback from Ryan Bertrand for his fifth goal in his last four outings across all competitions.

Saints gained momentum from the opener and doubled their lead, with Tadic rounding goalkeeper Adrian and passing into an empty net after a superb through ball clipped in by Austin.

Steven Davis was denied the visitors' third by Adrian after another swift break, before West Ham's Dimitri Payet fired narrowly wide and Pierre-Emile Hjobjerg was denied by a fingertip stop from the Hammers goalkeeper.

An end-to-end final 20 minutes ended with substitute Ward-Prowse slotting in from close range, sealing Southampton's second straight Premier League win and fourth without conceding a goal in all competitions.