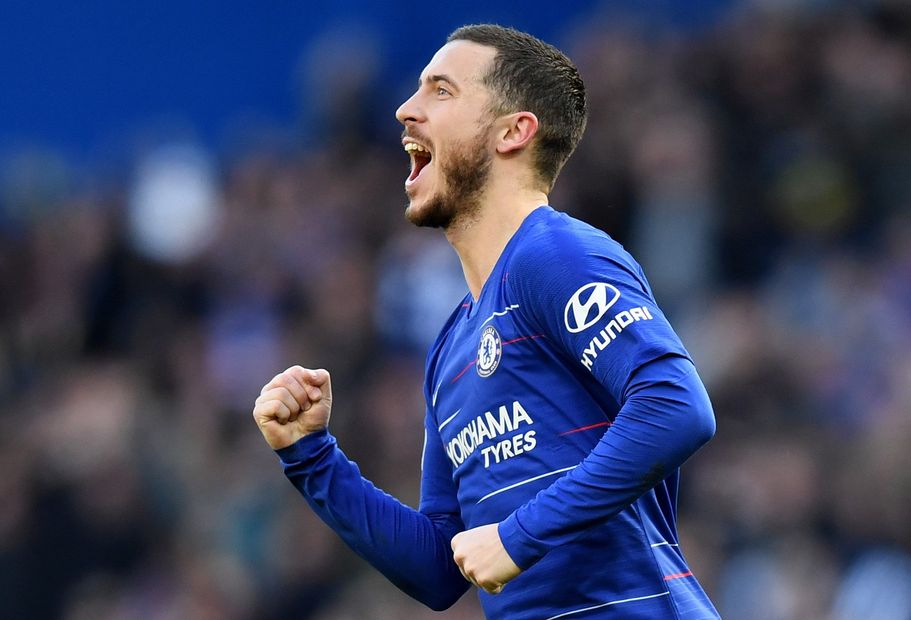 Fantasy Premier League managers are flocking to Eden Hazard (£10.9m) after his return to the scoresheet in Gameweek 30.

The Chelsea winger produced 10 points for his 27.8 per cent owners, having scored a late equaliser at home to Wolverhampton Wanderers.

That has made a big impact on FPL managers as they plan for a reduced Gameweek 31.

Over 45,000 have bought Hazard in the last 24 hours, ahead of Chelsea's trip to Everton on Sunday afternoon.

And Hazard's short-term schedule further raises his potential for points.

Crucially, because of FA Cup postponements elsewhere, Chelsea are one of only eight teams guaranteed to play in both Gameweeks 31 and 33, which boosts Hazard's appeal.

There are other in-form options who also have a fixture in both of those Gameweeks.

Jamie Vardy (£9.0m) scored twice at home to Fulham to record 16 points, his highest haul of the season.

The Leicester City striker faces Burnley and Huddersfield in Gameweeks 31 and 33 respectively.

Mane's record of eight goals in the last eight Gameweeks suggests he is a strong rival to Mohamed Salah (£13.4m) for the captaincy.

Liverpool visit two of the bottom five sides in Gameweeks 31 and 33, travelling to Fulham and Southampton respectively.

Holly Shand (@FFCommunity_): Outside of Liverpool’s front three, Hazard is the top premium asset for the Gameweek 31 fixtures. I’ll be bringing him in despite a tough time when owning him in the past.

Tripling up on Liverpool players looks essential and an in-form Vardy should also be high on your list.

Who Got The Assist? (@WGTA_FPL): Marko Arnautovic (£6.8m) is worth a punt this week. With his injury record, he is not a consideration for most managers. But as a one-week fling on a Free Hit chip, with a very winnable game against Huddersfield, he's going straight into my team.

Lee Bonfield (@FPLFamily): With pedigree and penalties, Hazard remains a great pick, particularly if you are using your Free Hit chip.

I’ll focus on Liverpool and West Ham as both are up against poor defences. I’m backing Manuel Lanzini (£6.4m) and Arnautovic to score well against Huddersfield Town.

Sam Bonfield (@FPLFamily): My Free Hit chip is active! Watching Chelsea v Wolves, I was undecided about which Chelsea assets to invest in. Then Hazard stepped up and put his name firmly in my team for Gameweek 31.

Vardy looks essential for the weekend, given his revival under Brendan Rodgers, and so does the Fraser-Wilson partnership.

Ben Crabtree (@FC_CrabDogg): I'm Free Hitting and looking at what I expect from teams first. West Ham shouldn't concede so I'm considering their defence. AFC Bournemouth and Leicester's goal potential leads me to their attackers, while Hazard may have just played himself in to my line-up.

Paul Gee (FplPaulGee): The Fraser-Wilson partnership looks up and running again. Arnautovic could be the big differential, if he starts.