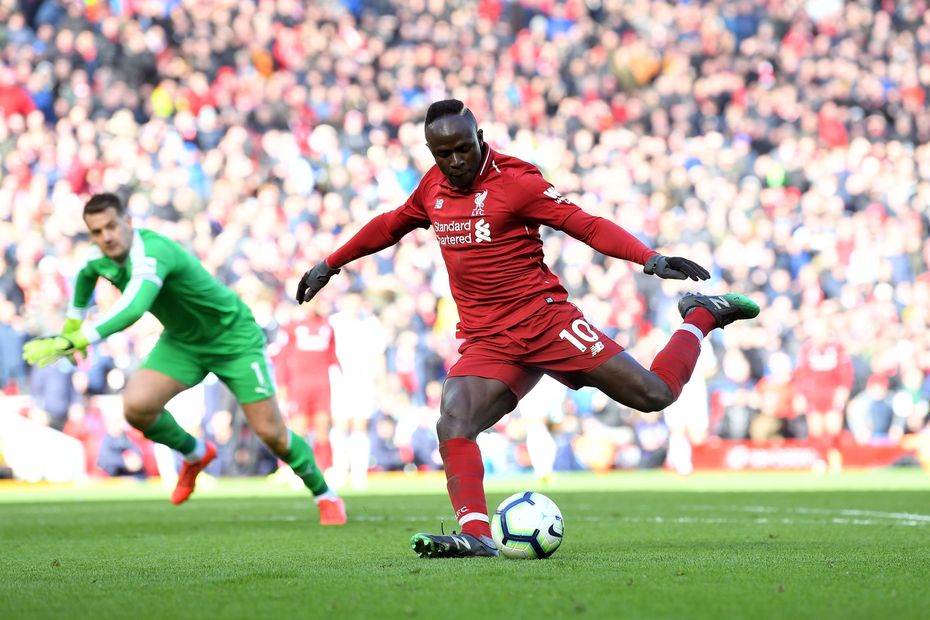 The Liverpool winger has now scored eight goals in the last eight Gameweeks, compared with the three of Mohamed Salah (£13.4m).

Indeed, Mane has now matched or bettered his team-mate's points in each of the last seven Gameweeks.

That earns him a place in a Dream Team that scored 134 points, with six picks coming from teams in the bottom half of the Premier League table.

Only three sides have recorded fewer clean sheets than Arsenal's six this season, but the Gunners' goalkeeper now has two shutouts in four Gameweeks. He earned two bonus points from the 2-0 win over Manchester United.

The Cardiff City defender was the pick of the Bluebirds' back line in their 2-0 victory over West Ham United. His performance brought him a first bonus point of the season.

The Southampton full-back has now scored in back-to-back Gameweeks and produced returns in the last three.

A perennial Fantasy favourite completes Gameweek 30's cut-price Dream Team defence. Daniels helped AFC Bournemouth to only their third away clean sheet of the campaign in a 2-0 win at Huddersfield Town.

His hat-trick in the 3-1 win over Watford brought in 21 points, his eighth double-digit return of an increasingly stellar season. That clinched Sterling's sixth appearance in the Dream Team.

The Liverpool midfielder has been in devastating form at home. He found the net twice in Sunday's 4-2 win over Burnley, having also scored in each of his previous five league matches at Anfield.

Fraser ended an eight-match barren run with a goal and an assist in AFC Bournemouth's victory over Huddersfield Town. He is the second-most bought player heading into Gameweek 31's reduced schedule.

The Cardiff midfielder scored his third goal of the campaign, and his first since Gameweek 17, as Neil Warnock's side kept their hopes of avoiding relegation alive.

Newcastle United's stunning comeback from two goals down against Everton was fuelled by Perez's brace. He also set up the Magpies' opener and boasts three goals and an assist from his last four starts.

The Leicester City striker made it four goals in three Gameweeks with a double in the 3-1 win over Fulham. He added an assist to earn the maximum bonus-point award and his season-high haul of 16 points.

Making his first start in four Gameweeks, the Liverpool forward produced two goals and three bonus points. That helped him to a 13-point haul, only his third double-figure return of 2018/19.