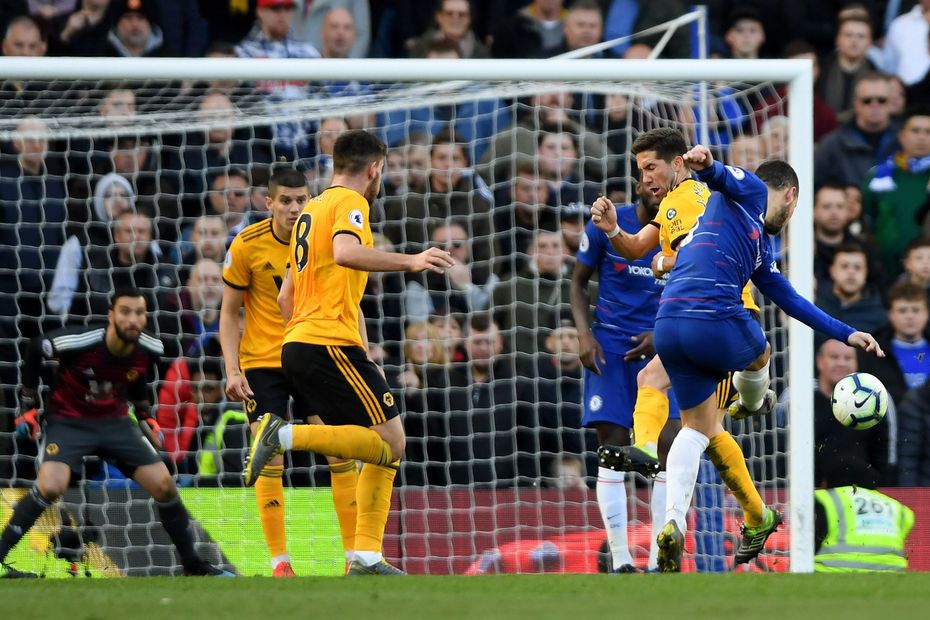 Wolves denied late on at the Bridge

Eden Hazard's spectacular stoppage-time strike grabbed a point for Chelsea as they drew 1-1 with Wolverhampton Wanderers at Stamford Bridge.

Maurizio Sarri's side enjoyed plenty of possession in the first half, but struggled to create clear chances as the visitors defended resolutely.

An incisive counter-attack on 56 minutes earned Wolves the lead with their first shot on goal, Diogo Jota and Jimenez combining well for the latter to provide a clipped finish.

Gonzalo Higuain, Pedro and Cesar Azpilicueta all had chances as the hosts pressed for an equaliser, but Wolves held firm, until Hazard rifled in a superb strike  from the edge of the area two minutes into added time.