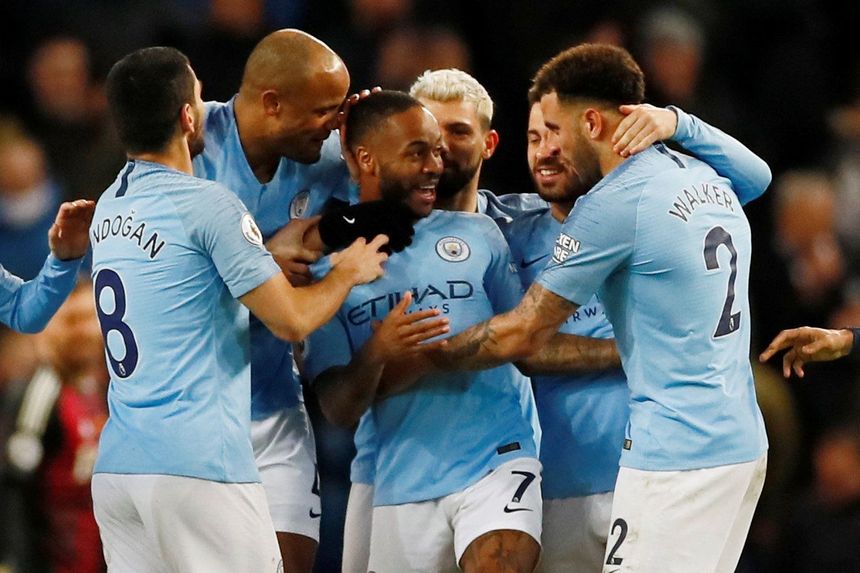 Raheem Sterling’s 13-minute hat-trick helped Manchester City beat Watford 3-1 to extend their lead to four points at the top of the Premier League.

With title rivals Liverpool playing Burnley on Sunday, City struggled in a goalless first half.

Sergio Aguero’s pass was cleared by Daryl Janmaat against Sterling and the ball looped in.

His second came four minutes later, tapping in Riyad Mahrez’s cross and he completed his hat-trick on 59 minutes after being played in by David Silva.

Watford got a consolation when substitutes Troy Deeney and Gerard Deulofeu combined with their first touches for the Spaniard to score.

City have 74 points, having played one more than Liverpool.