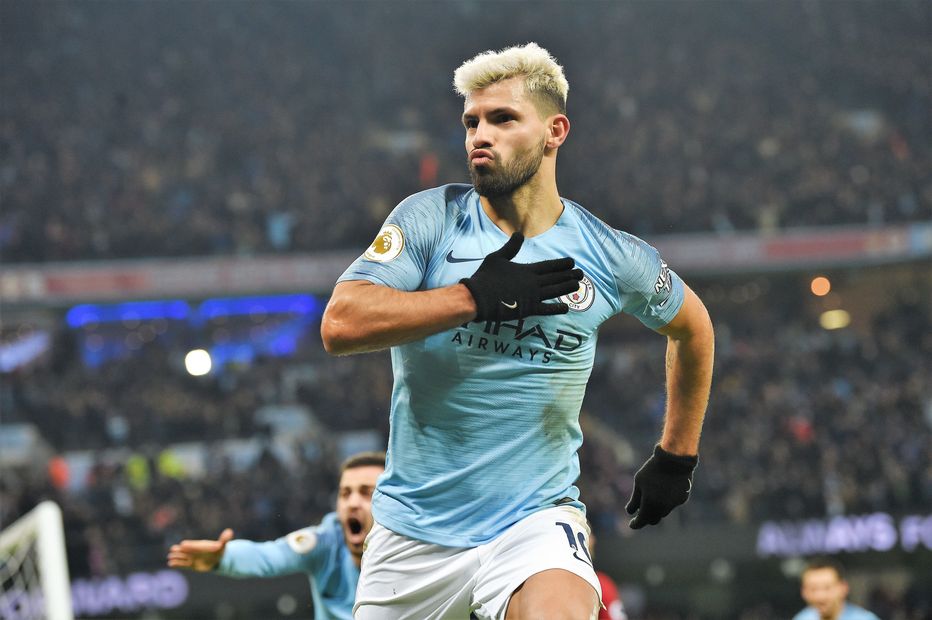 The Manchester City striker was the No 1 choice for his trip to AFC Bournemouth last weekend, being handed the armband by over 1.2million managers.

Although Aguero failed to score at Vitality Stadium, his FPL potential remains high thanks to a visit from Watford on Saturday evening.

He has produced seven goals and 43 FPL points in his last three appearances at the Etihad Stadium.

And the Argentinian's record against the Hornets will encourage his 40.3 per cent owners in FPL.

The Liverpool midfielder has struggled for form, scoring just one goal in his last six matches.

But Salah will again be among the main captain contenders as Burnley make their way to Anfield.

Like Aguero, he has produced four double-figure returns at home this season.

The pair are also tied for shots on target in front of their own fans, with 22 apiece.

Raheem Sterling (£11.4m) has three goals and three assists in his last five starts for the leaders, while Sadio Mane (£9.8m) has five goals from his last four appearances at Anfield.

Holly Shand (@FFCommunity_): It’s between Salah, Sterling and Jamie Vardy (£8.9m). Given that Watford conceded five at Liverpool last week, I’m most tempted by Man City, so will risk the armband on Sterling.

Nick and Tom (@WGTA_FPL): With City in pole position and producing masses of chances, it's only right to captain Sterling.

Ash (@FPLHints): Aguero is the go-to pick. Liverpool have lost their seven-point lead and City will make the most of their home advantage against Watford.

Ben Crabtree (@FC_CrabDogg): It's a tough call between Aguero and Sterling. I'm leaning towards Sterling as I see limited minutes for Aguero in some upcoming games.

Lee Bonfield (@FPLFamily): Burnley at home looks a great fixture for Liverpool, but can we trust Mo Salah? I’d also back City to beat Watford and, given Aguero’s home form, he’s my pick.

Want a differential? Brighton & Hove Albion's away form is poor so back Wilfried Zaha (£6.9m) to find the net at Selhurst Park.

Sam Bonfield (@FPLFamily): Tottenham Hotspur have been strong on the road ahead of their trip to Southampton. Harry Kane (£12.4m) has three goals in four matches since his return so I’ll be handing him the armband.