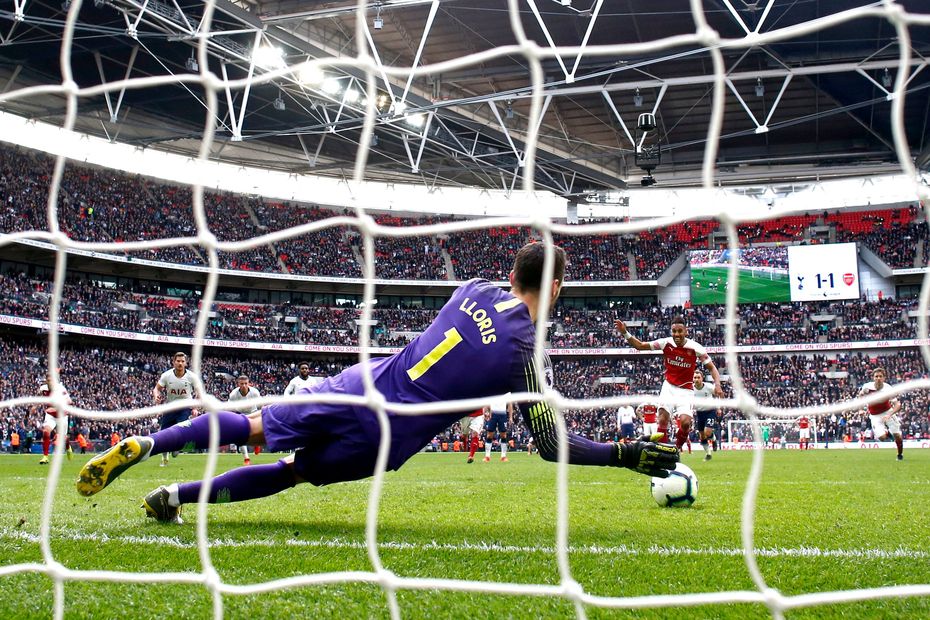 Tottenham Hotspur’s Hugo Lloris saved an added-time penalty from Pierre-Emerick Aubameyang as the hosts came back from a goal down to claim a draw in the north London derby.

It was the second spot-kick of a keenly contested match at Wembley Stadium after Harry Kane had put Spurs back on level terms by converting a penalty in the 74th minute – his ninth goal in as many matches against Arsenal.

The visitors led thanks to Aaron Ramsey’s 16th-minute goal when he sprinted clear to calmly round Lloris and slide the ball in.

Arsenal were handed a golden chance to win the contest late on when second-half substitute Aubameyang was fouled inside the area.

His miss from 12 yards was compounded by a late red card for Lucas Torreira, awarded for a stoppage-time foul on Danny Rose.

Third-placed Spurs' first draw of the season ends a two-match losing streak and keeps them four points ahead of Arsenal in fifth.