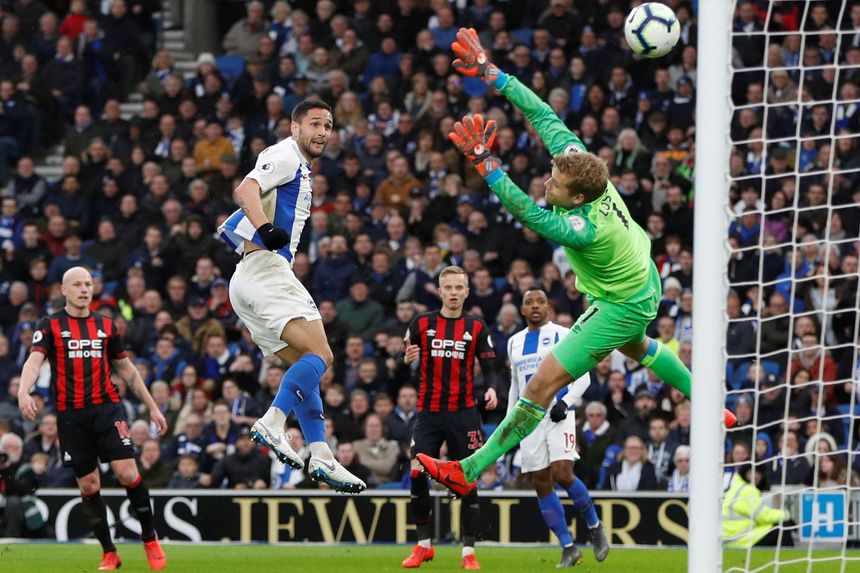 In an even first half at the Amex Stadium, Alex Pritchard forced Brighton's Mat Ryan into a save while Alireza Jahanbakhsh hit the bar.

After the break, Philip Billing was denied by Ryan before Jonas Lossl kept out an effort from Andone.

The Romanian eventually found the back of the net, glancing in Anthony Knockaert's cross 11 minutes from time.

Brighton's first Premier League victory since 29 December lifts them to 15th with 30 points, five clear of the bottom three.