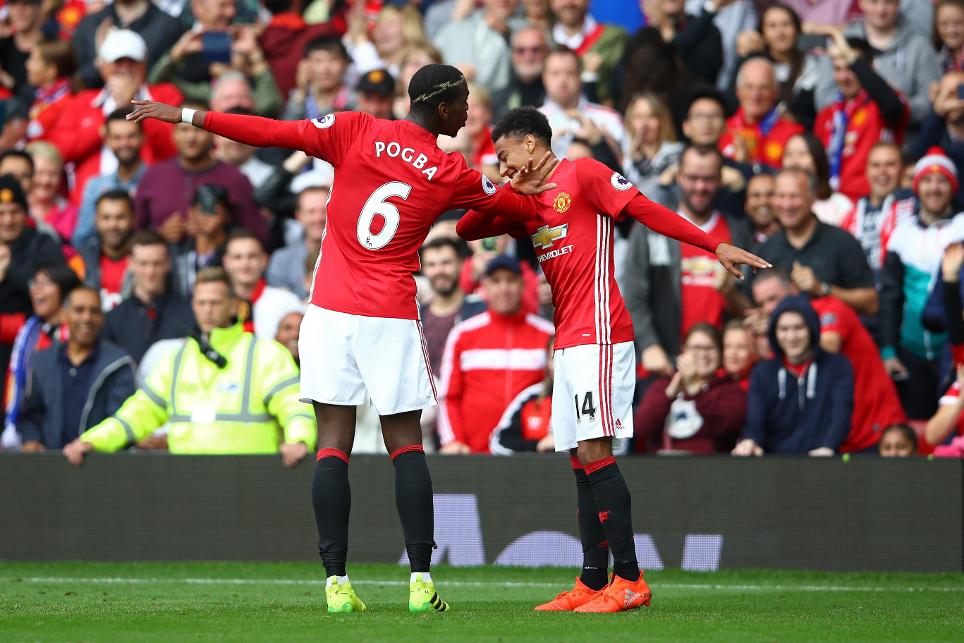 Manchester United got their title quest back on track with a resounding victory over Leicester City at Old Trafford.

Smalling, captain in place of the benched Wayne Rooney, headed in Daley Blind’s corner midway through the first half, and three goals in the final eight minutes of the half put the hosts out of sight.

Pogba made it four on 42 minutes, heading another Blind corner past Ron-Robert Zieler and though Demarai Gray, on for Jamie Vardy, reduced the arrears on the hour there was no coming back for the defending champions.

Man of the Match: Paul Pogba