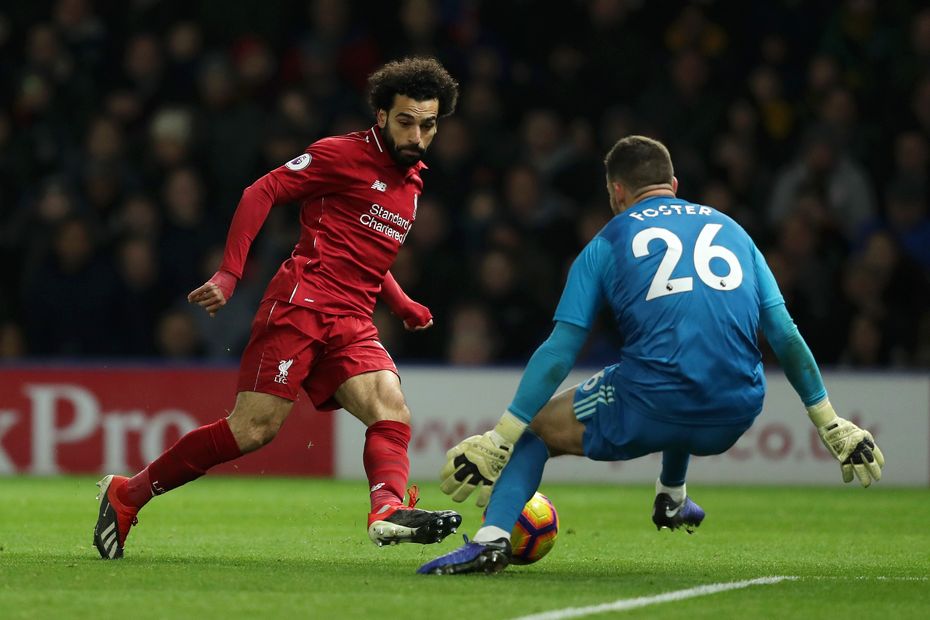 Klopp: We're in a good position - now let's use it External Link
GW28 Ones to watch: Kane fit and fresh

The Liverpool attacker has been the top armband pick in each of the last five Gameweeks.

Yet he has frustrated his 49.6 per cent owners with a run of one goal in his previous four matches.

Salah’s record against the Hornets, however, is difficult to ignore.

He produced 29 points in the corresponding fixture last season, thanks to four goals and an assist.

He has six goals and two assists in his three Premier League meetings with Watford.

He is set to start against AFC Bournemouth after his brief substitute appearance in the Gunners’ weekend win over Southampton.

Aubameyang has four goals and two assists in his last four starts at Emirates Stadium.

Aguero scored a hat-trick in each of his last two at the Etihad Stadium, while Sterling has two goals and three assists.

However, both played 120 minutes in their Carabao Cup final win over Chelsea on Sunday.

Should their pitch time be managed by Pep Guardiola, then Leroy Sane (£9.5m) can be an alternative.

The German produced his season-high haul of 19 points against the Hammers in Gameweek 13.

And Paul Pogba (£8.9m) has impressed on his travels ahead of Manchester United’s trip to Crystal Palace.

The midfielder has 44 FPL points in five away appearances under Ole Gunnar Solskjaer.

Holly Shand (@FFCommunity_): It’s easy this week: I’m backing Mo Salah to keep up his 100 per cent record of scoring every time he’s played against Watford. I still have fond memories of his haul last season, with four goals and an assist in the same match!

Who got the Assist? (@WGTA_FPL): Aubameyang v AFC Bournemouth is a great fixture and one to consider if you're chasing rivals.

Lee Bonfield (@FPLFamily): Some great options this week - a rested Aubameyang, Aguero against West Ham, in-form Raul Jimenez (£6.9m) against out-of-form Huddersfield Town. But my armband goes to Salah. Watford’s away form has been OK of late, but Anfield will be an altogether different proposition.

Neal Thurman (@nealjthurman): Ordinarily, you'd think Harry Kane (£12.4m) would be rested on a short turnaround after a return from injury but Spurs need the points badly and Chelsea are crumbling.

Sam Bonfield (@FPLFamily): My armband is on Jimenez. Against a Huddersfield Town team lacking form and confidence he could be in line for a big haul.

Paul Gee (FPLPaulGee): With a lot of City attackers playing 120 minutes and Salah out of form, Aubamayang looks nailed on to play so could be a good shout. A lot depends on the fitness of Gabriel Jesus (£9.9m).

Josh Landon (@hailcheaters): A big part of Fantasy is not taking it personal when a player on your squad is surprisingly rested or rotated. A fresh Aubameyang versus an open AFC Bournemouth defence is a terrific GW28 captain pick.