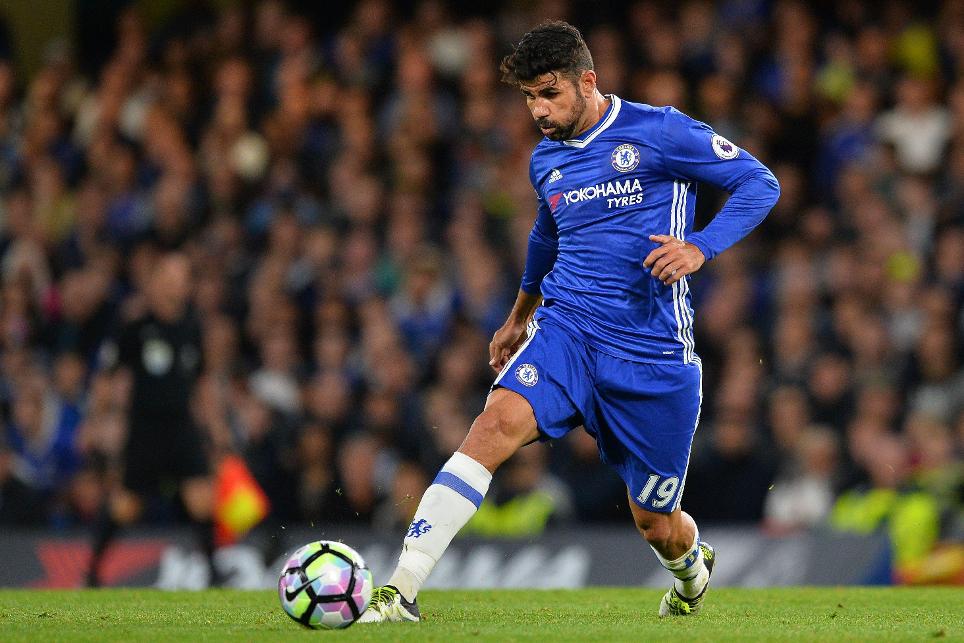 Arsenal and Chelsea meet on Saturday evening with Diego Costa in fine form and with a history of scoring against the Gunners.

The Chelsea striker is the joint leading scorer in the Premier League with five goals and will be confident of adding to that facing an Arsenal side he has scored against twice in three league matches, all victories, including in this fixture last season at Emirates Stadium.

A new metric may give the Arsenal defenders more insight into how to stop their nemesis.

Tom Worville, of Opta, has measured how long players travel with the ball at their feet, or a “carry”. A carry can be described as: the distance and direction travelled by a player while in possession of the ball between actions.

After looking at players across Europe, including in the Premier League, Worville has found that Costa likes to travel with the ball before shooting, mostly from a position about 12 yards from goal.

Worville discovered that the Spaniard tends to take a pass and, rather than take an instant shot, he dwells on the ball longer than most of his counterparts, dribbling or travelling on average 3.86 metres each time.

So Arsenal’s defenders could be minded to stick closer to Costa when on the edge of the area to stop him setting himself up to shoot.

The Premier League striker with the shortest carries can be found on the opposite side at Emirates Stadium, fitness permitting.

Olivier Giroud’s involvement for Arsenal this season has been hampered by a toe problem, for which he will be tested before Saturday’s match. He remains their top scorer over the past three seasons, with 46 league goals, albeit without getting one against Chelsea in seven appearances.

The Frenchman’s average position of shooting is similar to Costa’s but differs greatly in that he is much more likely to take his shots from where he receives the ball, usually first-time.

Worville found that on average Giroud carried the ball a mere 1.2 metres before shooting, the lowest among players to have made at least 50 shots.

This may suit Arsenal, who often need strikers taking the chance to shoot in confined areas as defences sit back, conceding little space in their defensive third.

Of Arsene Wenger’s options up front, the addition of Lucas Perez this summer from Deportivo La Coruna has been seen as adding speed to aid Arsenal on the counter-attack. In other ways he also offers a difference to Giroud.

The second of Perez’s two goals in the EFL Cup against Nottingham Forest on Tuesday night reflected his contrast to Giroud’s quickfire shooting.

The way Perez held off his marker before firing home is similar to the average carry of 5.4 metres before shooting that he showed in LaLiga and would put him within the top 10 of the Premier League, were he to repeat it here.

Wenger could turn to using Alexis Sanchez up front again. Sanchez has started five matches this season, all as the lone man up front.

The Chilean’s carry distance per shot in the Premier League last season was 4.74 metres, albeit playing in a different position.

So Wenger may have two contrasting strikers to call upon to earn a rare recent win over Chelsea, but he must be equally concerned about stopping the leading forward on the other side.

See: Wenger on how to handle Costa | Arsenal v Chelsea: The numbers