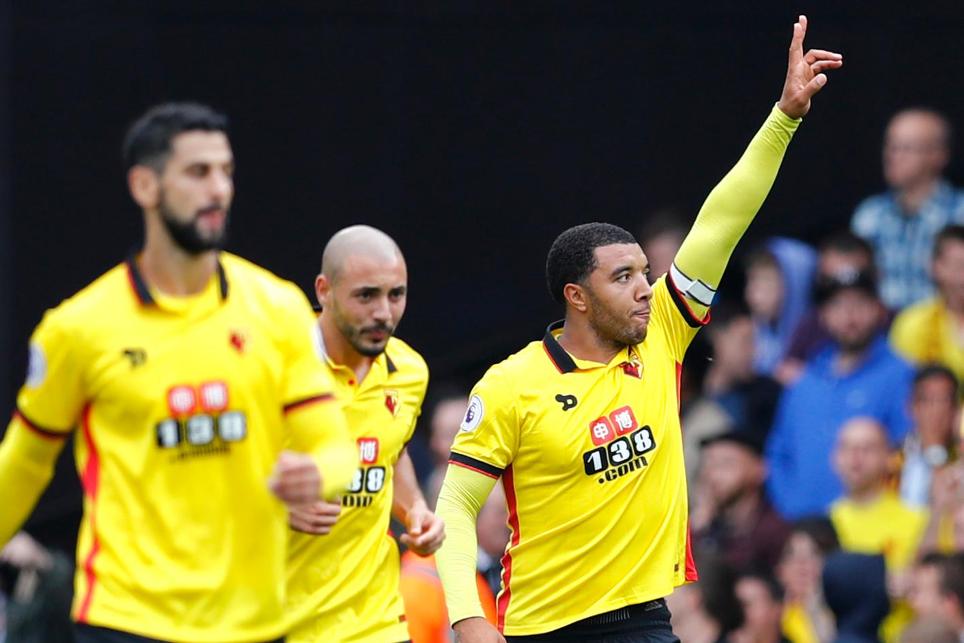 For managers looking to free funds up front, Watford captain should not be ignored

From The Vault: Manchester United Win 30 Years On External Link

After losses to Chelsea and Arsenal Watford have bounced back as Walter Mazzarri starts to make his mark with wins over West Ham United and Manchester United.

Etienne Capoue (£5.0m) has been Watford's star, firing four goals, an assist and 11 bonus points over the first five rounds, but the return to form of Troy Deeney (£6.9m) has been vital to the team's progress.

Having earned only one assist in the first three matches, Deeney has since netted in back-to-back outings, with his late penalty against United sealing the 3-1 victory.

The Nigerian settled seamlessly into the top flight, scoring 13 times in the first half of 2015/16: Deeney netted six times in that spell. However, from Gameweek 20, the pair suffered contrasting fortunes.

Ighalo notched only three goals in his subsequent 23 appearances, including in the comeback win at West Ham in Gameweek 4. Deeney found the net on nine occasions in 24 Premier League outings over that same period.

Penalty duties have played a significant part in his goal output.

Notably, there have been 15 penalties awarded this campaign, compared with nine after five Gameweeks last season. This underlines the importance of acquiring spot-kick takers to our FPL squads.

The fixture list also points to Deeney as an option.

According to the Fixture Difficulty Rankings (FDR), Mazzarri’s side look set to profit from a kind upcoming schedule.

Watford register an FDR score of just six over the next five Gameweeks, with home encounters with AFC Bournemouth and Hull City supplemented by trips to Burnley, Middlesbrough and Swansea City.

Sergio Aguero's (£13.0m) return from a three-match suspension for Gameweek 6 has prompted FPL managers to free up funds to accommodate the Manchester City striker.

Deeney's form, fixtures and price may just provide a solution.