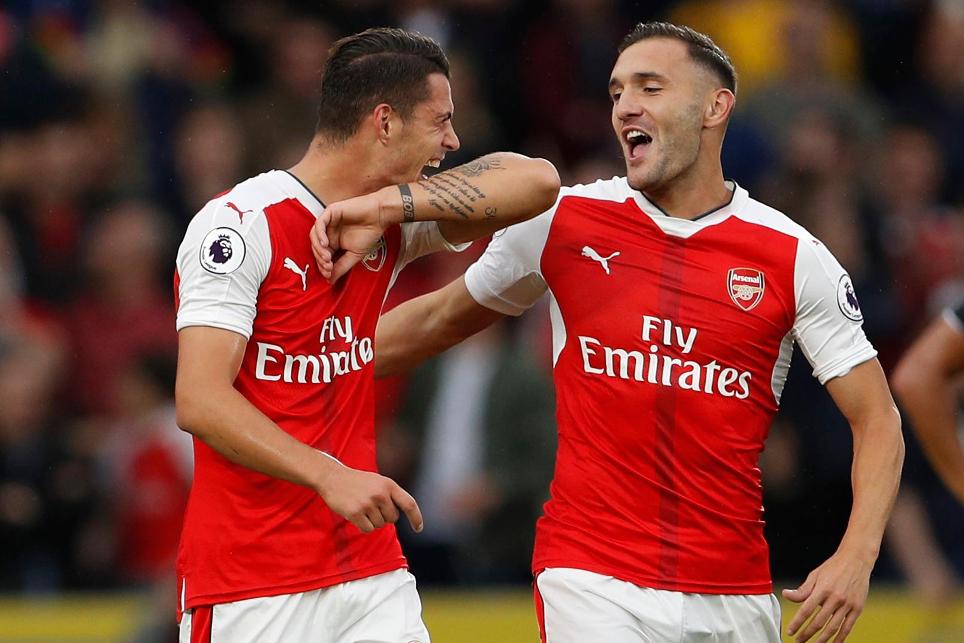 Reaction: The way we want it External Link

Lucas Perez (£8.3m) and Granit Xhaka (£5.3m) may have worked their way into the minds of Fantasy Premier League managers after scoring for Arsenal in their 4-0 EFL Cup win at Nottingham Forest.

Arsene Wenger made 11 changes at the City Ground, with Perez scoring twice, once from the spot, for his first goals for Arsenal.

Xhaka opened the scoring, finding the net from long range for the second successive appearance, while Alex Oxlade-Chamberlain (£6.0m) completed a comfortable evening for the Gunners.

With Olivier Giroud yet to start up front for Arsenal this season, Perez's brace made a case for his second start of the campaign, against Chelsea on Saturday evening.

Philippe Coutinho (£8.1m) played a part in all Liverpool's goals in a 3-0 EFL Cup win over Derby County that can only have made the Reds more tempting for FPL managers ahead of their Gameweek 6 match with Hull City.

Owned by 28% of FPL managers, Coutinho's assist in Liverpool's 2-1 win at Stamford Bridge in Gameweek 5 provided his first attacking points since the opening weekend.

But the Brazilian supplied the corner at Derby from which Ragnar Klavan (£4.9m) got the opener before scoring the second, thanks to an assist from the fit-again Roberto Firmino (£8.4m).

Coutinho teed up Divock Origi (£6.7m) for the third as Liverpool look to be building momentum for a kind run of upcoming fixtures, starting with Hull at Anfield.

Shinji Okazaki (£5.8m) and Cesc Fabregas (£7.1m) both staked a claim for first-team starts ahead of Gameweek 6 by each scoring twice in a six-goal thriller at the King Power Stadium.

Antonio Conte saw his Chelsea side, including David Luiz (£6.0m) and Marcos Alonso (£5.9m) in defence, concede twice to Okazaki early on before recovering.

Fabregas, who has played only 35 minutes in the Premier League this term, also assisted Cahill’s goal.

Ronald Koeman made six changes from the Everton side who beat Middlesbrough last weekend, with Romelu Lukaku (£9.3m) given the night off as he recovers from a minor toe problem, but saw Norwich City end his unbeaten start at Goodison Park.

Lewis Grabban (£4.5m), who has yet to start in the league this season, was on the scoresheet for the first time as a much-changed AFC Bournemouth exited the competition, losing 3-2 at home to Preston North End after extra-time.

The forward slotted home a spot-kick and teed up Dan Gosling (£4.8m) for the Cherries' second as Eddie Howe prepares for Saturday afternoon’s home match with Everton.