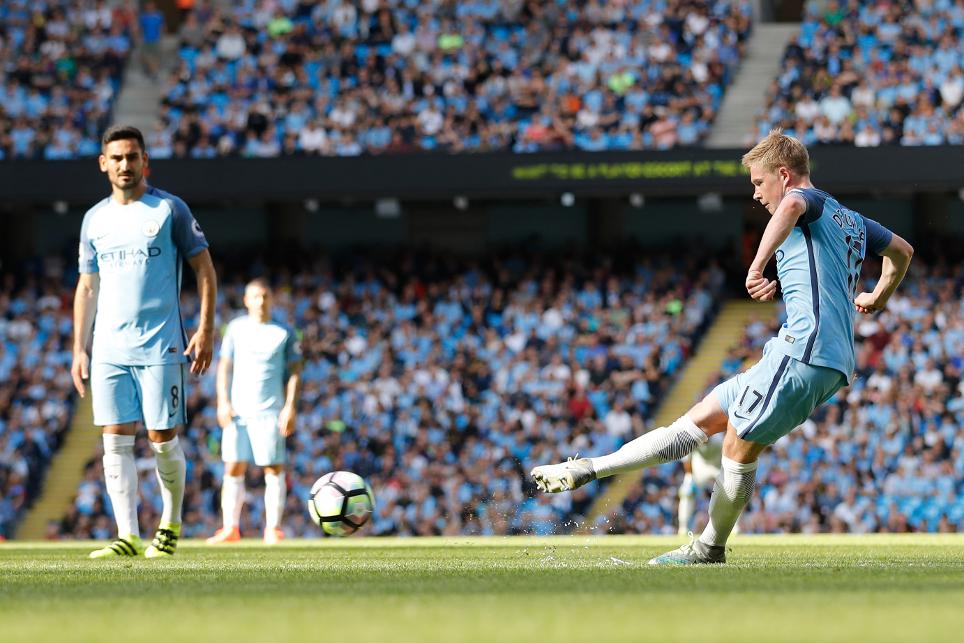 Kevin De Bruyne (£10.7m) was awarded the maximum bonus points for the second consecutive Gameweek, thanks to a score of 57 in the Bonus Points System (BPS).

The Belgian produced a goal and assist in the 4-0 win and combined this with six recoveries, two successful tackles and three clearances, blocks and interceptions (CBI).

The winger provided a goal and assist along with 10 completed dribbles and four recoveries.

The Nigerian, who earned a score of 46 in the BPS, also produced three recoveries and two successful tackles.

Sterling was placed first in the ICT Index, thanks to a score of 21.5.

The City winger fired four of his five attempts from inside the box, with three on target, and also produced 13 touches inside the penalty area, more than any player at the Etihad Stadium.

Sterling’s ICT Threat score of 127 topped every other player in Gameweek 5.

De Bruyne took second spot with 17.3 in the Index.

The Belgian created three chances for his team-mates and registered all four of his attempts on target.

Pep Guardiola’s side underlined their strength in depth, maintaining their perfect start to the season, despite shuffling the pack.

Devoid of the injured David Silva (£8.8m), the City manager was able to hand Ilkay Gundogan (£5.4m) a first Premier League start and the German was also among the goals.

Guardiola’s decision to omit John Stones (£5.0m) from his starting XI and field Aleksandar Kolarov (£5.9m) at centre-half is a worry for his 30% ownership.

The City back four looks to be continually subjected to rotation and with Vincent Kompany (£5.9m) returning to the bench, the options are boosted further.

Despite claiming a goal and assist in each of the last two Premier League outings, Iheanacho is likely to make way for Gameweek 6 with Sergio Aguero (£12.9m) available following his suspension.

Nolito’s (£9.0m) own three-match ban for the red card received late on Saturday will now see him miss the next two Premier League fixtures.

This allowed Josh King (£5.5m) to lead the line before a tactical reshuffle at the break saw Jordon Ibe (£5.3m) replaced after an ineffectual display on the right.