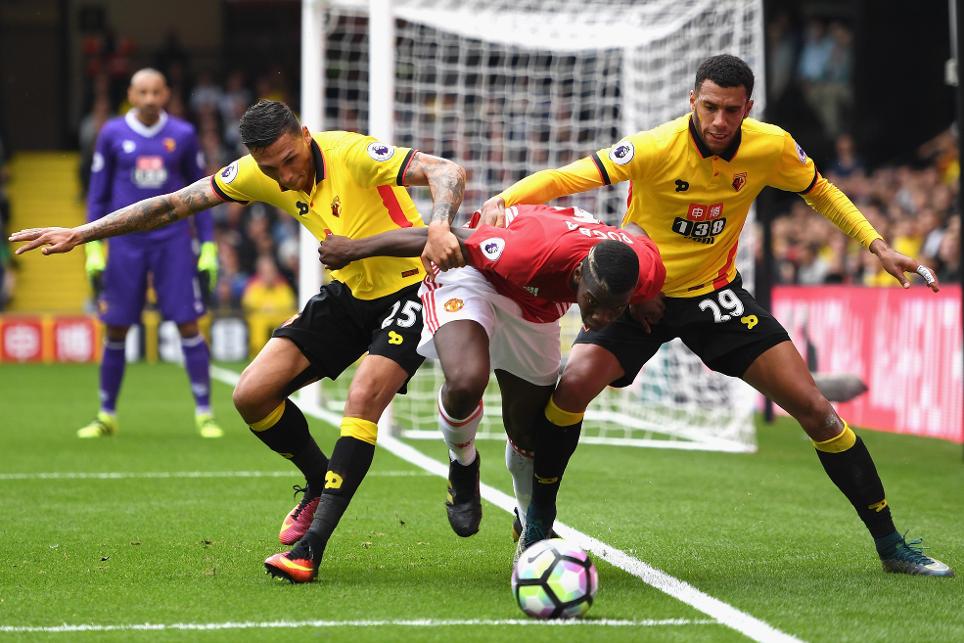 Fellaini: Let's stand up and be counted External Link

Watford inflicted a third straight defeat on Manchester United in all competitions, claiming all the Fantasy Premier League bonus points on offer.

Etienne Capoue (£4.9m) collected the maximum three for the third time this season with a score of 32 in the Bonus Points System.

The Watford midfielder scored his fourth goal of the campaign and supplemented this with three clearances, blocks and interceptions (CBI) and four successful tackles in a strong all-round performance from the centre of the park.

Juan Zuniga (£4.4m) was awarded two bonus points for an impressive second-half cameo off the bench.

Replacing Capoue late on, the Watford defender claimed a goal and an assist in just 12 minutes' pitch time, scoring 27 in the BPS.

Troy Deeney (£6.9m) earned a single bonus point with a BPS score of 26. In addition to converting a late penalty, the Hornets captain also registered a successful dribble and a pair of recoveries.

Marcus Rashford (£6.8m) topped the ICT Index in his first start of the season.

The United forward scored with one of two attempts on goal and also created a scoring opportunity for his team-mates.

Having supplied more successful passes in the final third (11) than any Red Devils' player, he registered an ICT Index score of 9.2.

Deeney and Capoue were placed second and third in the Index following their goals.

The Watford striker edged out Capoue in the Index by a score of 8.6 to 8.2 after producing two shots on target – more than any other player on show.

With goals in two of the last three Gameweeks, Rashford seems to have played his way into Jose Mourinho's first-team plans.

At the back, Daley Blind (£5.5m) dropped out of the starting XI for the first time this term as Mourinho opted for Chris Smalling (£5.9m) in central defence.

The Red Devils manager's decision to withdraw Antonio Valencia (£5.6m) on the hour-mark creates concern for his owners – the right-back had played from start to finish in each of the opening four Gameweeks.

Watford have earned back-to-back victories and are building momentum under Walter Mazzarri.

Aside from Capoue and Deeney, the Hornets also boast form options in Daryl Janmaat (£5.0m) and Roberto Pereyra (£6.0m), both summer signings.

Janmaat, who supplied 12 assists in the previous two seasons for Newcastle United, provided the cut-back for Capoue's opener before being forced off with a shoulder problem.

Pereyra earned the assist for Zuniga's strike and has now produced attacking points in all three appearances since arriving from Juventus.