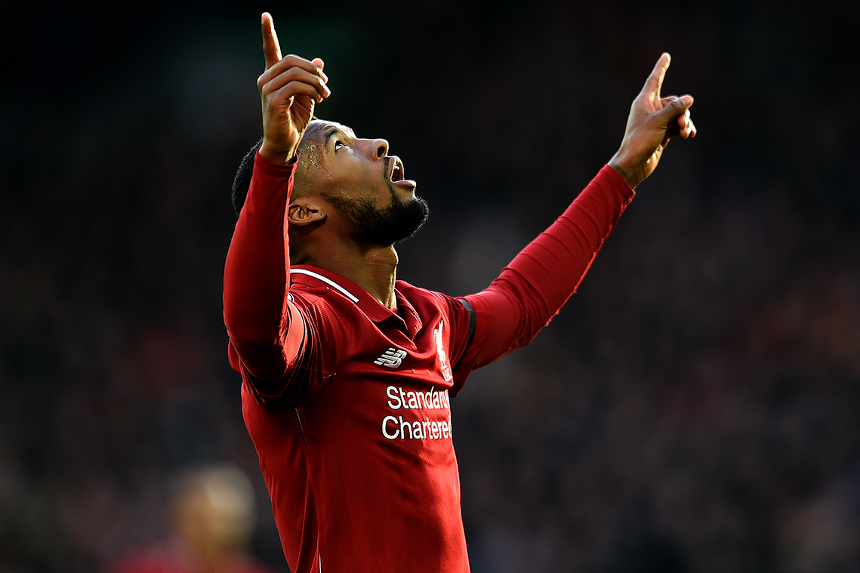 Wijnaldum: We knew title race would be difficult External Link

Georginio Wijnaldum's wonderful goal against AFC Bournemouth was pivotal as Liverpool returned to winning ways at the weekend, and Alan Shearer says the Dutchman ran the midfield in Liverpool's 3-0 victory.

It's @alanshearer's Matchweek 26 Team of the Week 🙋‍♂️

Thoughts on the line-up? pic.twitter.com/Ggrx5i2DCi

He made four fantastic first-half saves to help Burnley to three huge points.

Eden Hazard did not have a kick. Enough said.

The Frenchman is having a superb season and had another excellent game against Chelsea.

An impressive performance in both defending and going forward.

Man of the Match. Strength, skill, precision, pace and two goals. He is another who is a completely different player under this manager.

A stunning goal and in brilliant form.

Two great finishes and led the line superbly for the Clarets.

Another hat-trick from a world-class player. Might as well say 'well done' now as it's only really a matter of time before he goes ahead of me!

Another impressive win for Dyche, whose side are moving away from danger with an impressive seven-match unbeaten run.