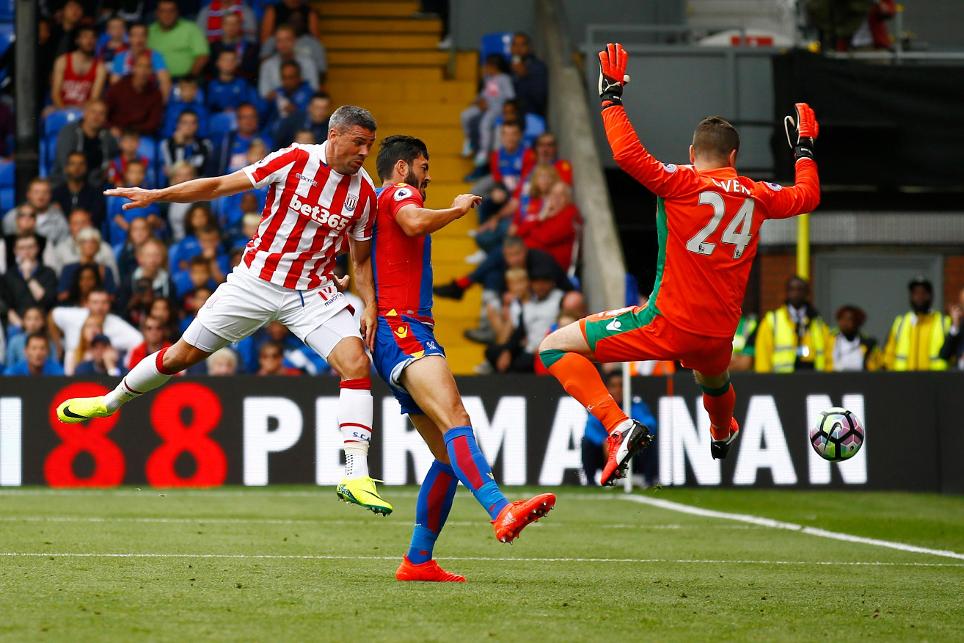 James Tomkins marked his Premier League debut for Crystal Palace with a goal as the Eagles earned a 4-1 win over Stoke City.

The defender, who was forced off at half-time through injury, turned in Jason Puncheon’s free kick with a slight touch nine minutes into his first appearance following his summer move from West Ham United.

Scott Dann doubled Palace’s lead three minutes later. Puncheon’s in-swinging corner found the Palace captain who sent a thumping header into the back of the net for his second goal of the season.

Palace resumed control in the second half, thanks to a curling strike from James McArthur and a fine solo effort from Andros Townsend.

Marko Arnautovic scored a late consolation for Stoke, who conceded four goals in the second straight match and remain bottom of the Premier League table.