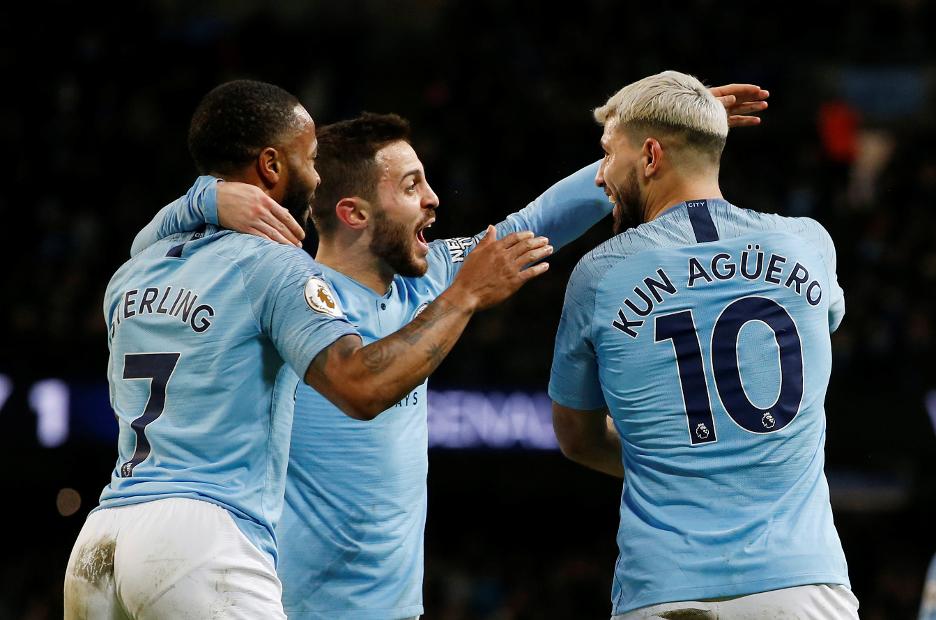 KDB on Chelsea, his return and the title race External Link
FPL Show: 'Aguero City's most reliable attacker'
Higuain and Hazard can strike at heart of City

Manchester City have another Premier League mark in their sights when they take on Chelsea on Sunday at the Etihad Stadium.

If the champions score at least twice, it will be the 15th Premier League home match in a row that they have done so.

That would make them the first club to have scored more than once on so many consecutive occasions at home.

Of their 14 past home matches so far, Man City have claimed 13 wins, losing just once, 3-2 to Crystal Palace in December.

But City manager Pep Guardiola probably would not mind if his team scored only once so long as they win, as three points would take City back above Liverpool and to the top of the table again.