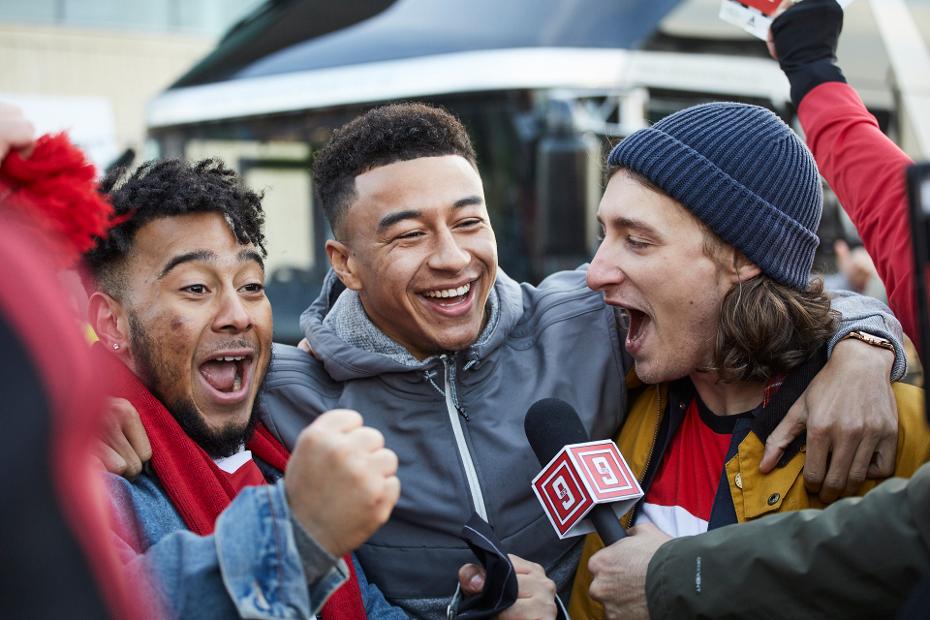 Football fans are the heartbeat of the game and Coca-Cola is celebrating its partnership with the Premier League by putting these supporters under the same spotlight as the players and pundits.

Coca-Cola's new TV ad "Where Everyone Plays" features hundreds of loyal supporters from the 20 Premier League clubs and will air on UK television for the first time on Friday evening.

Some supporters you may have seen, like Kayla, Crystal Palace's intrepid eagle, and "Speedo Mick", the Everton fan who wears his swimming trunks to all matches for charity whatever the weather.

But others who appear in the advert go week-in, week-out to cheer on their team through thick and thin.

They help to make the Premier League the most exciting and diverse league in the world.

And these fans rub shoulders in the advert with Manchester United's Jesse Lingard as well as former Tottenham Hotspur midfielder now TV pundit Jermaine Jenas, who both make surprise appearances.

"The fans really are what make the Premier League," Lingard said.

"I wouldn’t be able to do what I do each week without them and so it’s great to be working with Coca-Cola to give more people the opportunity to get involved."

As part of its partnership with the Premier League, from March 2019, the Official Coca-Cola GB Trophy Tour will take the Premier League Trophy to cities around the UK, letting fans get up close and personal with the iconic prize.

And fans will get the chance to win more prizes through Coca-Cola’s new on-pack "Be the 12th" promotion.

"Coca-Cola has always been a passionate supporter of football and sport,” says Paul Grace, marketing director at Coca-Cola Great Britain and Ireland.

"So, we’re excited to be able to bring fans closer to the action through our partnership with the Premier League.

"We want to use this opportunity to celebrate the people who make the Premier League the best in the world, as well as raising awareness of our wide range of drinks."

See: Coca-Cola and the Premier League