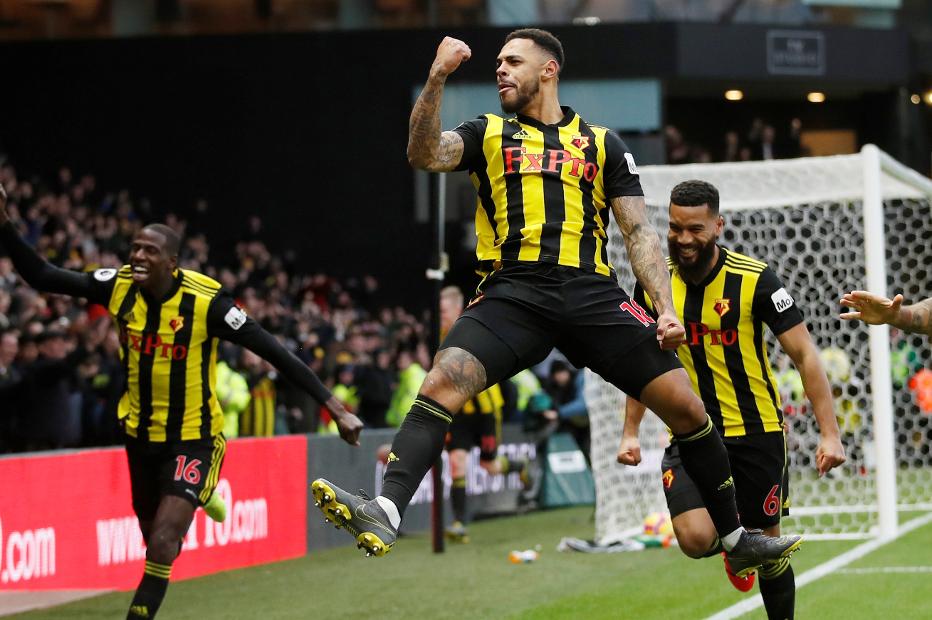 Andre Gray scored the only goal of the match as Watford beat Everton at Vicarage Road.

Both teams came close in the first half, with Watford's Etienne Capoue and Everton's Kurt Zouma forcing smart saves from Jordan Pickford and Ben Foster respectively.

Gylfi Sigurdsson almost gave the visitors the lead five minutes after the break, but his prodded effort came back off the crossbar.

Substitute Gray broke the deadlock with 25 minutes to play, converting Will Hughes' low cross inside the six-yard box.

Everton's Lucas Digne's left-footed free-kick cannoned off the crossbar late on. After full-time, Zouma was sent off for two bookable offences for dissent.