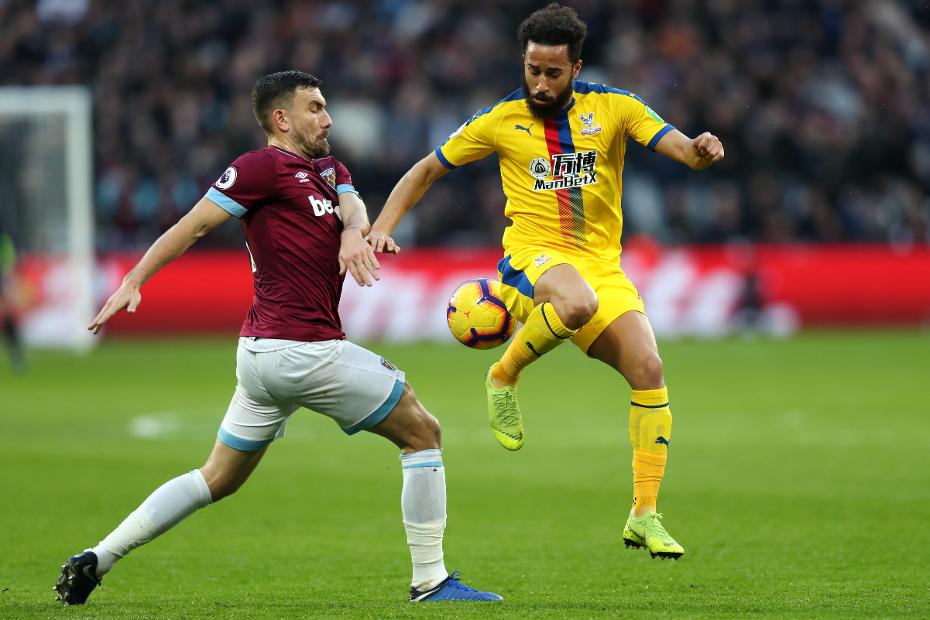 Crystal Palace are aiming for a second win in a row after beating Fulham, while West Ham United can build on Monday's 1-1 draw against Liverpool.

Crystal Palace must make do without Cheikhou Kouyate (ankle), Julian Speroni (knock), Pape Soaure (dislocated shoulder), Connor Wickham may not quite be match fit, while James Tomkins is doubtful with a calf strain.

Marko Arnautovic is fit to return for West Ham after recovering from a foot problem, while Aaron Cresswell has also trained all week without any issues.

Palace are looking for their first victory in eight Premier League encounters with West Ham.

West Ham have won three of their last four away matches against Palace in all competitions, drawing the other.

The Hammers can win a fourth consecutive PL London derby for the first time since February 1996. Their current run of victories in the capital started against Palace in December.

Robert Snodgrass has been directly involved in three goals in his last two PL appearances against Palace, with two strikes and one assist.