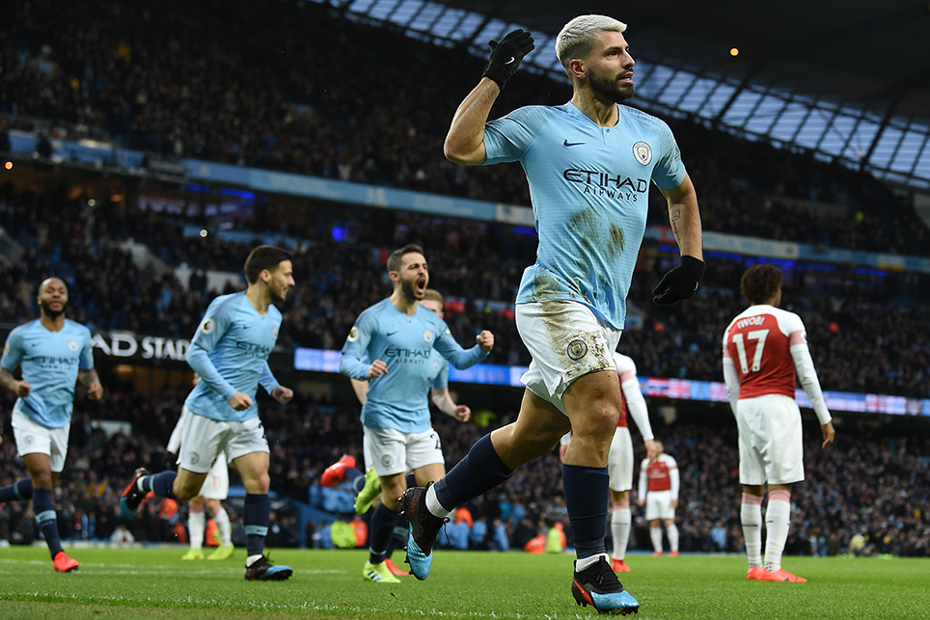 Aguero treble gets Man City back on track External Link

Sergio Aguero’s hat-trick earned Manchester City a 3-1 home victory over Arsenal to take them to within two points of the Premier League summit.

Aguero opened the scoring after 46 seconds, after Alex Iwobi was dispossessed on the edge of the penalty area, and the Argentinian met Aymeric Laporte’s cross with a headlong dive.

Arsenal levelled from a set-piece on 11 minutes, Nacho Monreal flicking on Lucas Torreira’s corner for Laurent Koscielny to head in from close range.

But City reclaimed the lead a minute before half-time from a delightful team move. Ilkay Gundogan picked out Raheem Sterling with a lofted pass and Aguero dispatched the winger’s first-time pass.

Aguero became only the second player to reach 10 PL hat-tricks, after Alan Shearer, when he finished off more great approach play on the left by Sterling in the 61st minute.

Arsenal slip to sixth place, a point behind Manchester United, and three behind fourth-placed Chelsea.