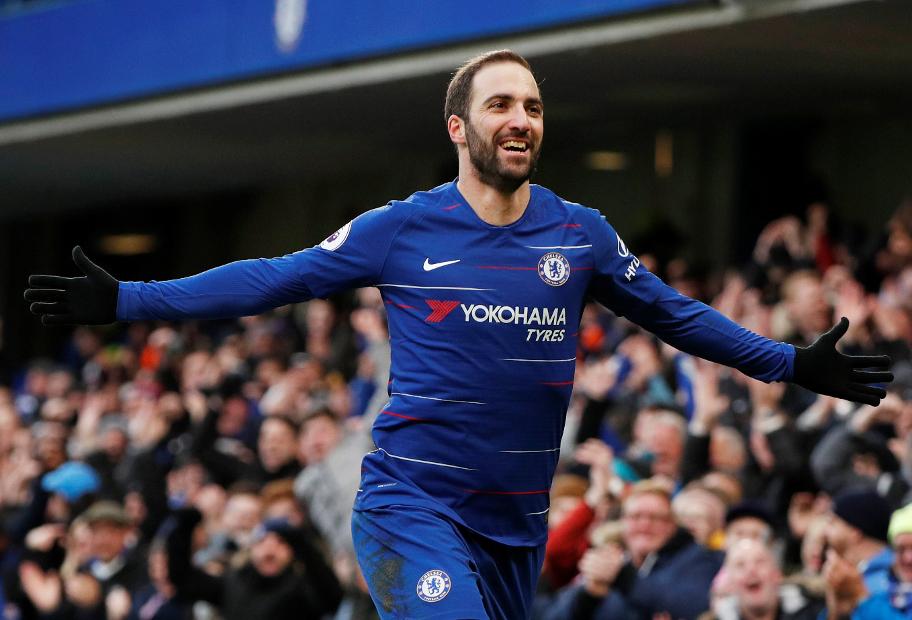 Gonzalo Higuain scored his first goals for Chelsea to help them return to winning ways with a 5-0 win over Huddersfield Town.

Looking to recover from back-to-back defeats, Chelsea took the lead at Stamford Bridge on 16 minutes when a reverse pass from N'Golo Kante found Higuain, who fired in at the near post.

Eden Hazard doubled it with a penalty just before the break, after Cesar Azpilicueta had been fouled.

The Belgian made it 3-0 on 66 minutes, finishing from Ross Barkley's through-ball, before Higuain struck his second, curling in via a deflection.

David Luiz headed in a Willian corner late on as Chelsea returned to fourth on 50 points, three ahead of Arsenal, who play Manchester City on Sunday.