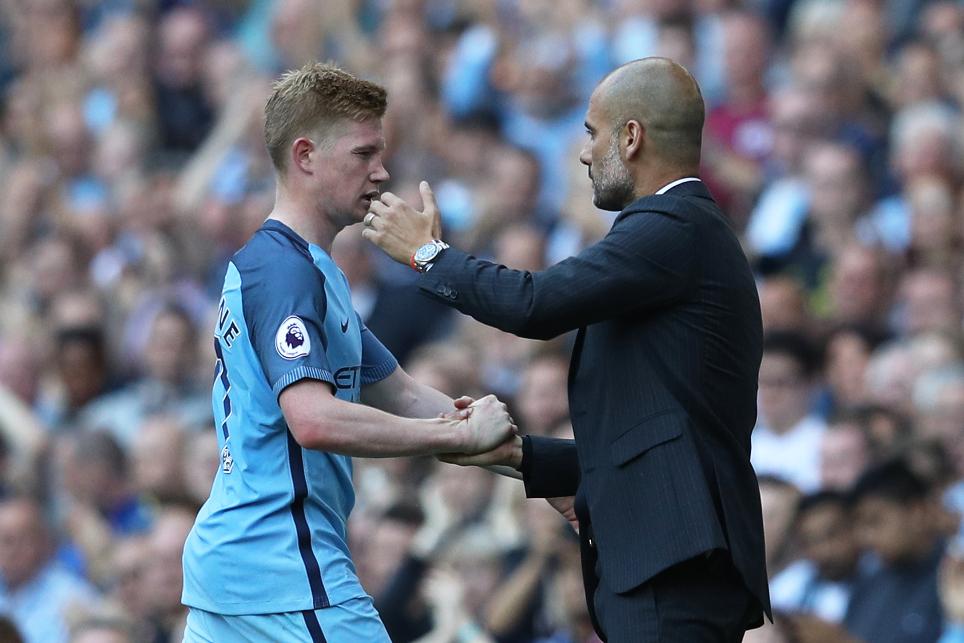 Cook: We weren't at it today and it hurts a lot External Link

Pep Guardiola was full of praise for Kevin De Bruyne as the Belgian inspired Manchester City to a 4-0 victory over AFC Bournemouth on Saturday.

De Bruyne opened the scoring with a cheeky free-kick under the Cherries' wall before having a hand in Kelechi Iheanacho's and Raheem Sterling's goals and providing an assist for Ilkay Gundogan's first league goal.

Man City remain the only Premier League side with a 100% record and their head coach singled out De Bruyne for praise.

"The performance from Kevin was terrific," Guardiola told mancity.com. "He is an outstanding player.

Eddie Howe was unhappy with how AFC Bournemouth performed with the ball during their third league defeat of the season.

"We turned the ball over too much, particularly in the first half," he told afcb.co.uk. "Everyone will want to learn from this defeat."

See: Cook: We weren't at it today