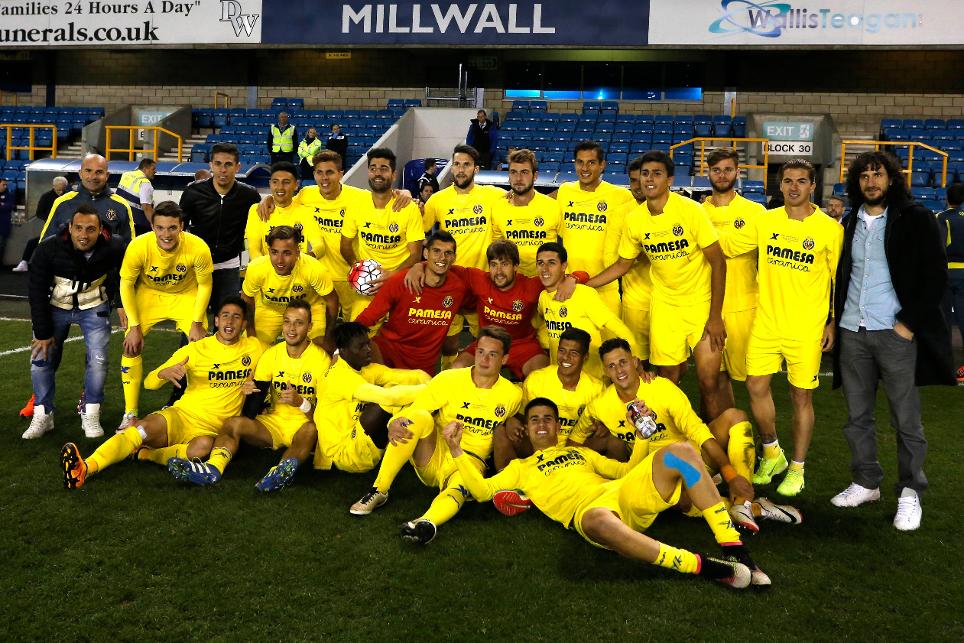 For Villarreal, playing the Red Devils at the Leigh Sports Village in a 7pm kick-off, will be the latest part of an "important challenge" for the Spanish club's academy, who are relishing the competition.

"The best thing is that our players live the organisation and structure of playing in big stadiums, playing against better teams and the better players of Europe," the head of Villarreal’s academy, Raul Herrera, told premierleague.com. "It's the most important challenge for us."

"It's a great experience. Our players get to play international teams, the best teams of the Premier League and it's amazing."

All three had previously played for 'The Yellow Submarine', with Cazorla coming from their B team and spending seven years there in two spells.

"We wanted some of the former Villarreal players in the Premier League, we have an excellent relationship with them," Herrera added. "They are fans of the club too.

"They were rooting for us all the way through the competition. They said they would come and support us if we made the final, and it was fantastic to have them here."

Tuesday's match at Leigh Sports Village is free to enter for all fans. It will also be shown live on MUTV.

Man Utd are debutants in the International Cup, which has expanded to 24 teams this season, 12 from Premier League 2 and 12 equivalent sides from across Europe.

The Red Devils, coached by Warren Joyce, go into the campaign after their third title in four seasons.

"It will be a proper test and should tick all the boxes you want for it to be a really good challenge for the boys as part of their education," Joyce told manutd.com.

Middlesbrough and Sparta Prague join the two sides in Group B, one of six groups of four teams.

The group winners and the two second-placed teams with the most points progress to the knockout stages, with one-off ties played all the way to the final.