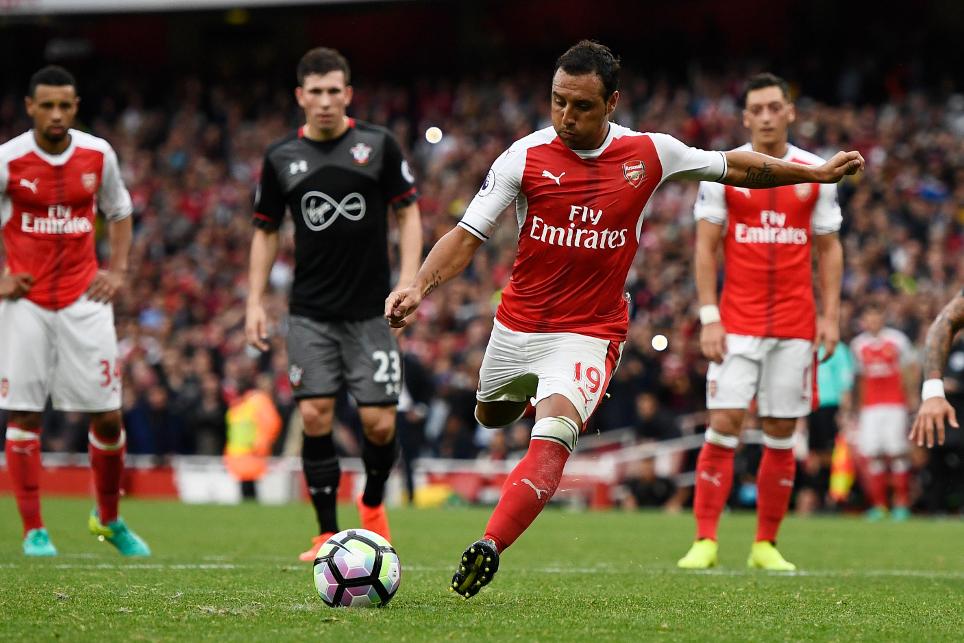 We must step up, says van Dijk External Link

Santi on his penalty and Koscielny External Link

Cazorla picked up the maximum bonus for a strong all-round display in the centre of the park. In addition to slotting home the spot-kick winner, the playmaker completed 92% of his 79 passes and made three dribbles and six recoveries to earn 42 BPS.

Koscielny collected a couple of bonus points with a score of 30 BPS. The Frenchman grabbed an acrobatic equaliser against the Saints, completing 97% of his 70 passes and making five clearances, blocks and interceptions (CBI).

Oriel Romeu (£4.5m) earned a single bonus point, scoring 23 in the BPS for a defiant central-midfield display that included 10 CBI, a successful tackle and 14 recoveries.

The Spaniard provided four successful crosses and a trio of scoring opportunities for his team-mates, in addition to his late winner.

Ozil, who carved out three chances for team-mates, completed 32 passes in the final third - more than twice that of any other Arsenal player.

Southampton substitute Shane Long (£6.3m) was ranked first for Threat in the Index, with a score of 53. Replacing Jay Rodriguez (£6.4m) up front at half-time, the Irishman fired five attempts on goal, with four from inside the box and three on target.

Mustafi replaced Rob Holding (£4.5m) to partner Koscielny in the heart of the back-four and completed 86 passes, more than any player on the park.

Perez’s stint up front means that Olivier Giroud (£9.0m) has yet to start a league match this season, with the Frenchman, who earned the assist for Cazorla’s penalty, limited to a cameo from the bench.

Alexis Sanchez (£11.0m) was utilised as a second-half substitute after a long-haul flight back from international duty.

Granit Xhaka (£5.4m) was also named as a substitute, with Francis Coquelin (£4.5m) and Alex Oxlade-Chamberlain (£6.0m) afforded starts as Wenger's teamsheet had one eye on the midweek UEFA Champions League clash with Paris Saint-Germain.

The return to fitness of regular left-back Ryan Bertrand (£5.4m) meant Matt Targett (£4.5m) missed out after a run of three starts.

Claude Puel elected to change his system for the visit to Emirates Stadium, starting Rodriguez in attack in a 4-3-3, flanked by Dusan Tadic (£7.3m) and Nathan Redmond (£6.1m).

Long's lively showing off the bench could earn him a first start since Gameweek 2 next time around, with Puel reverting back to a front two.