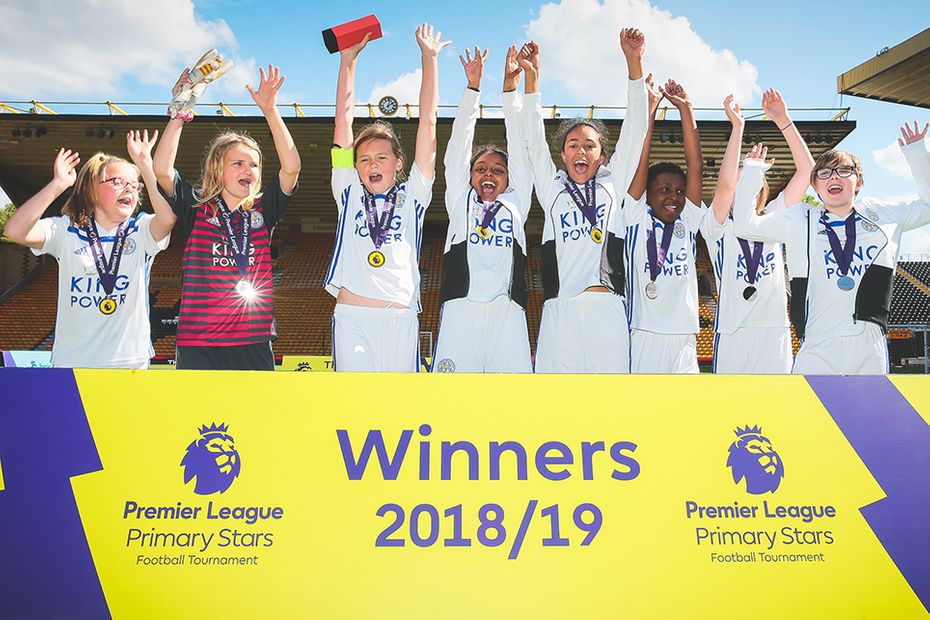 It allows hundreds of youngsters the chance to experience the thrill of being treated like a top-flight footballer.

The 2019 event was held at Wolverhampton Wanderers' Molineux Stadium.

Forty schools who won qualifying competitions organised by the 20 Premier League clubs represented those clubs on the day, in the Under-11 mixed and Under-11 girls categories.

The 320 participating players wore club kit, used the same dressing-rooms that the professionals use on matchday, came down the tunnel to the Premier League anthem while their matches were refereed by Premier League match officials.

The 2019 PL Primary Stars Football Tournament involved 14,500 children from more than 1,600 school teams, who have taken part in regional competitions for the right to represent their local Premier League club.

The tournament is one of the competition elements of the PL Primary Stars programme, which inspires children in more than 16,000 primary schools in England and Wales.