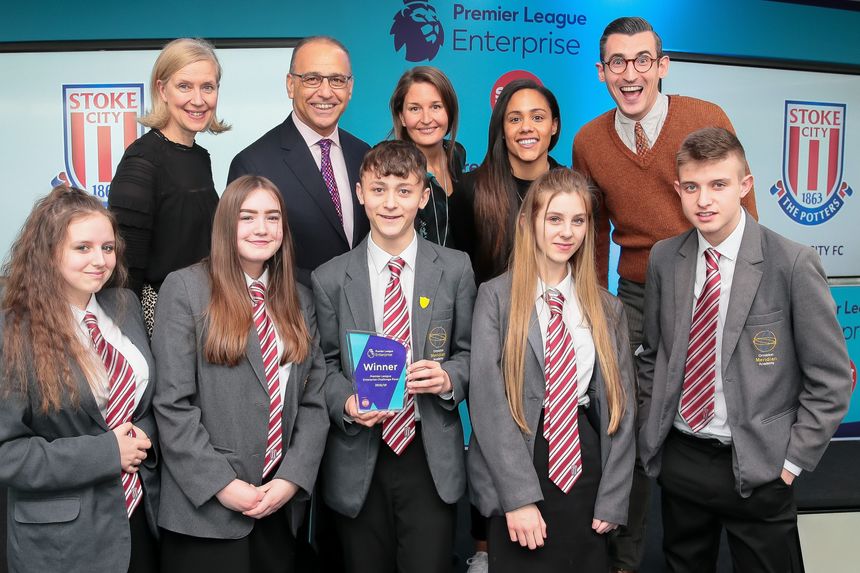 In 2013 this work was recognised with the programme winning the 2013 Enterprising Britain Award in addition to receiving a special commendation in the 2013 European Enterprise Promotion Awards.

To build upon this success the Premier League, in partnership with Comic Relief (through its Sport Relief department) developed a new PL Enterprise programme in September 2014.

This programme has enabled 27 clubs to provide unique and high-quality enterprise education in their local communities and has had a positive impact on young people, particularly in increasing confidence, aspirations, attendance and motivation at school.

Since the Sport Relief partnership began, more than 35,000 participants have been engaged.

More clubs join them for the PL Enterprise Challenge, an annual football business challenge set by the Premier League.

As part of the Challenge, each football club delivers heats to select a representative team, who then attend one of six regional "play-offs".

The winners of each play-off get the chance to representative their club in the Premier League Enterprise Challenge Final pitching their business idea to a panel of experts from the sport and business world.